Early illustrations of St. Nicholas make him out to be a stern symbol of discipline rather than the jolly, overweight elf that children know today. 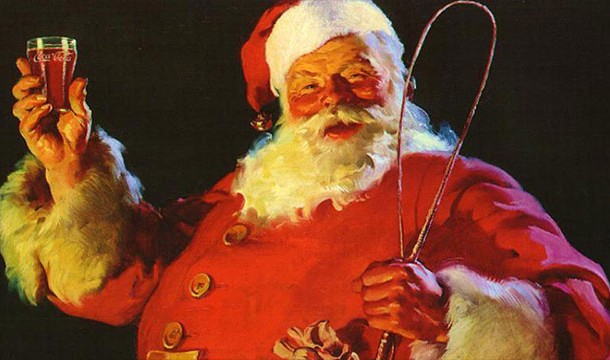 All letters addressed to Santa in the United States go to Santa Claus, Indiana. 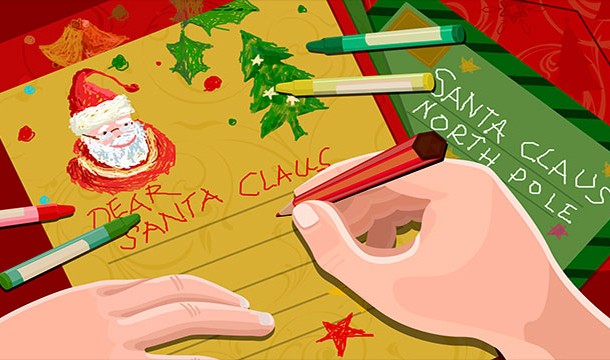 Engineers that designed the Voyager Space Mission planned things out so it would avoid planetary encounters during Thanksgiving and Christmas. 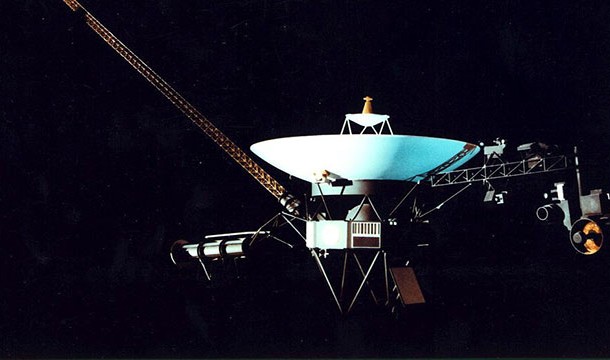 There is a village in Peru where people settle the previous year’s grudges by fist fighting. They then start the new year off on a clean slate. 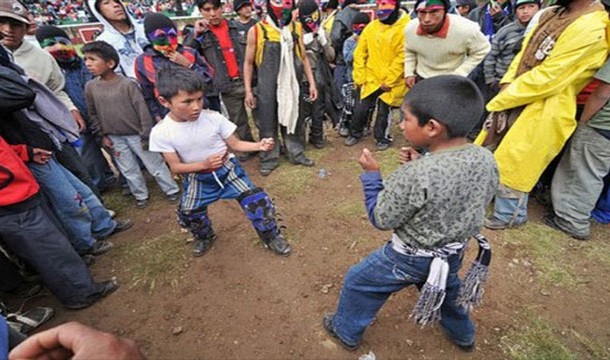 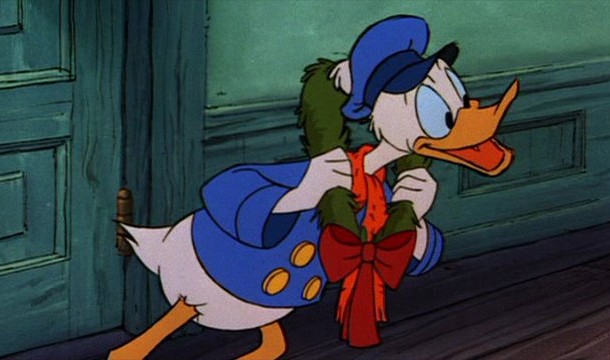 Many of the perpetually open Denny’s restaurants were built without locks, which was problematic when they decided to close down for Christmas for the first time in 1988. 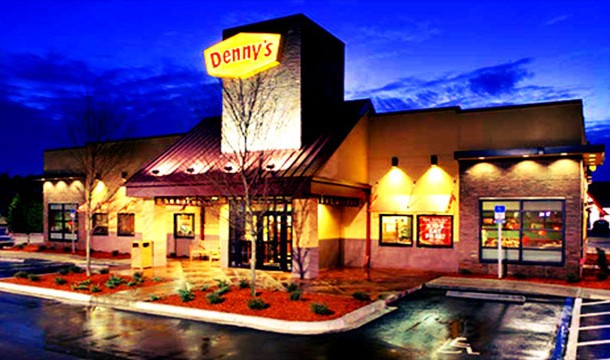 During the Christmas of 2010, the Colombian government covered jungle trees with lights. When FARC guerrillas (terrorists) walked by, the trees lit up and banners asking them to lay down their arms became visible. 331 guerrillas re-entered society and the campaign won an award for strategic marketing excellence. 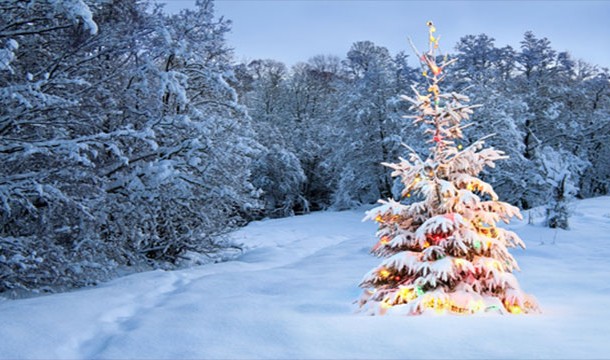 Nearly all of the most popular Christmas songs including ‘Winter Wonderland’, ‘Chestnuts roasting…’, and ‘I’m Dreaming of a white Christmas’ were written by Jewish people. 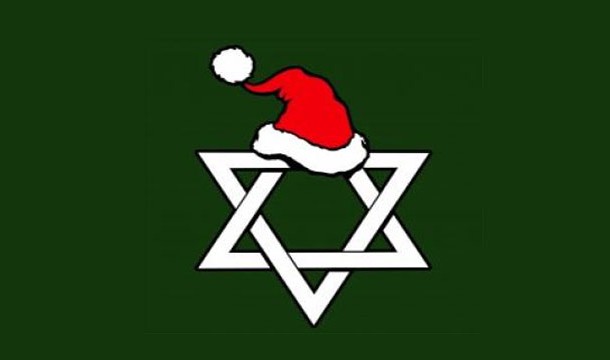 During the Christmas of 1914 (World War 1), a truce was held between Germany and the UK. They decorated their shelters, exchanged gifts across no man’s land and played a game of football between themselves. 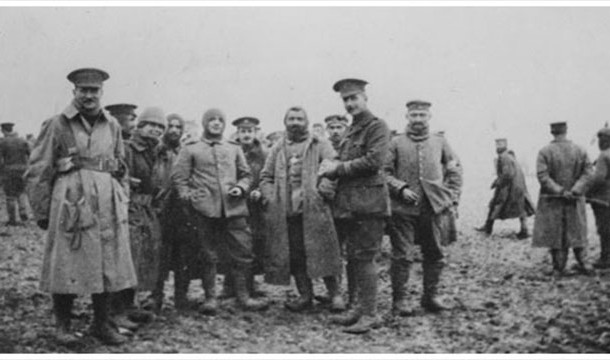 In 1918 and for the past 40 years, the Canadian province of Nova Scotia has sent the city of Boston a giant Christmas tree as a thank you for their support after the 1917 Halifax explosion. 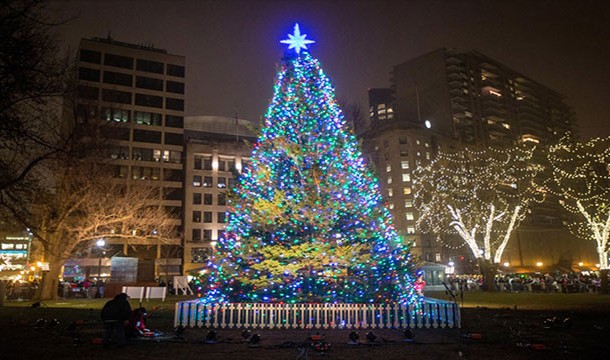 Telling scary ghost stories is an old Christmas Eve tradition that has died out in the past century. 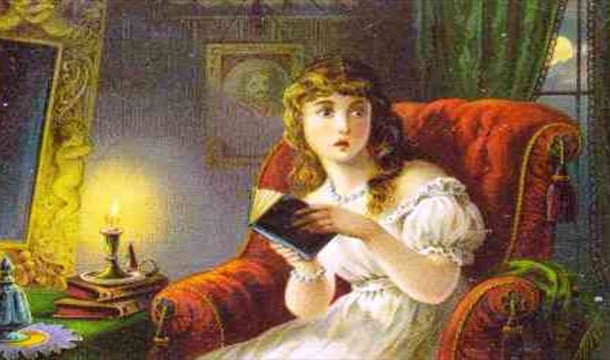 Some zoos accept donated Christmas trees as food for their animals. 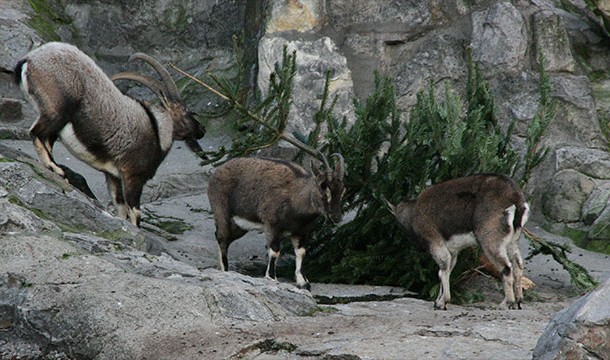 It is estimated that the song “White Christmas” by Irving Berlin is the best selling single in history with over 100 million copies sold. 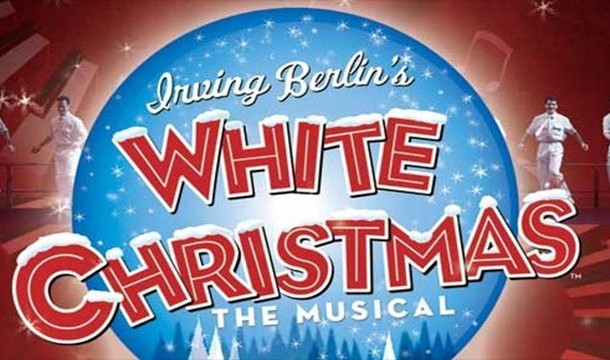 During Christmas in Newfoundland people called Mummers dress up in crude disguises and go from house to house dancing and playing music while the hosts try to identify them. 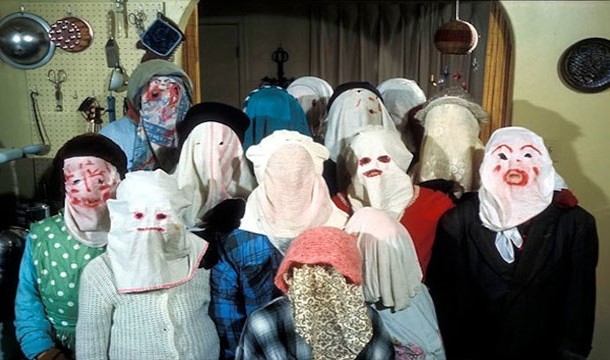 Paul McCartney earns nearly half a million dollars every year from his Christmas song, which many critics regards as his worst song ever. 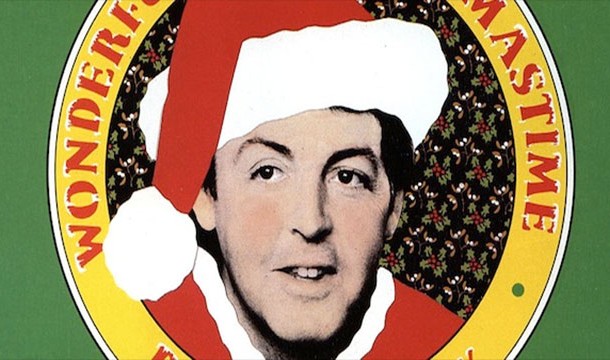 The Nazi party tried to turn Christmas into a nonreligious holiday celebrating the coming of Hitler, with Saint Nicholas replaced by Odin the “Solstice Man” and swastikas on top of Christmas trees. 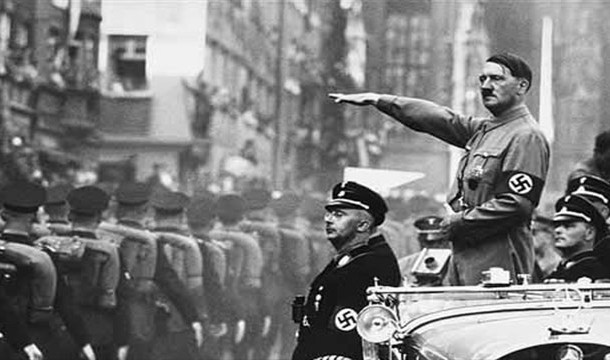 The US playing card company ‘Bicycle’ had manufactured a playing card in WW2 s that when the card was soaked, it would reveal an escape route for POWs. These cards were Christmas presents for all POWs in Germany. The Nazis were none the wiser! 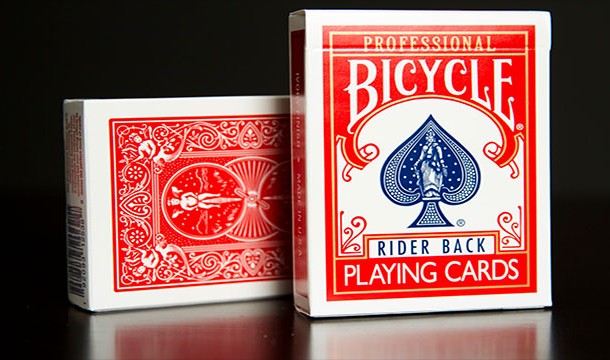 An artificial Christmas tree would have to be reused for more than 20 years to be “greener” than buying a fresh-cut tree annually. 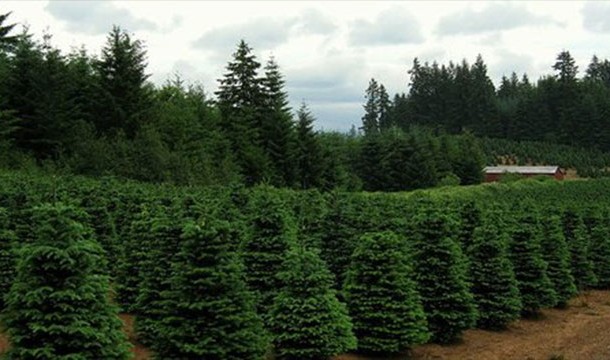 We frequently abbreviate Christmas as X-mas because of ancient tradition. X is the Greek letter “chi” which is an abbreviation for the word “Christ” in Greek. 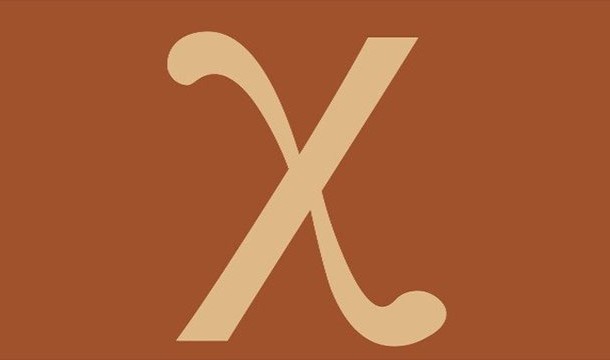 Japanese people traditionally eat at KFC for Christmas dinner, thanks to a successful marketing campaign 40 years ago. KFC is so popular that customers must place their Christmas orders 2 months in advance. 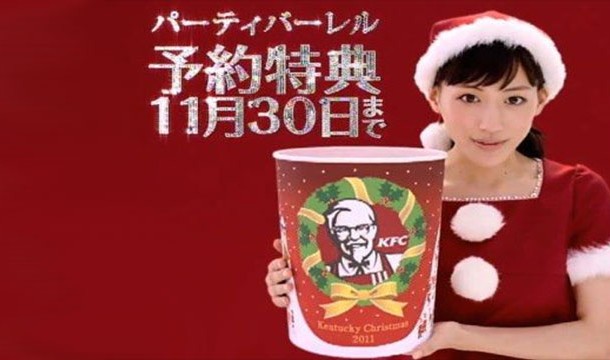 The people of Oslo, Norway donate the Trafalgar Square Christmas tree every year in gratitude to the people of London for their assistance during WWII. 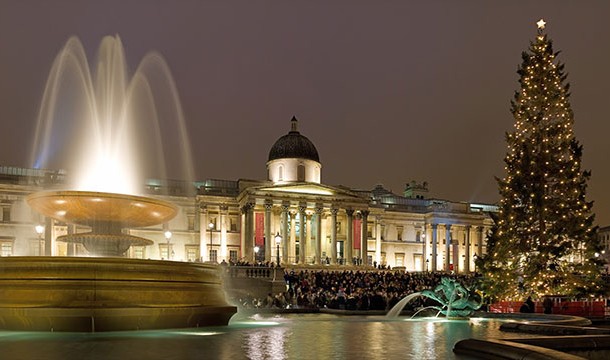 In 1867, a Boston industrialist heard Charles Dickens read A Christmas Carol and was so moved he closed his factory on Christmas Day and gave every one of his employees a turkey. 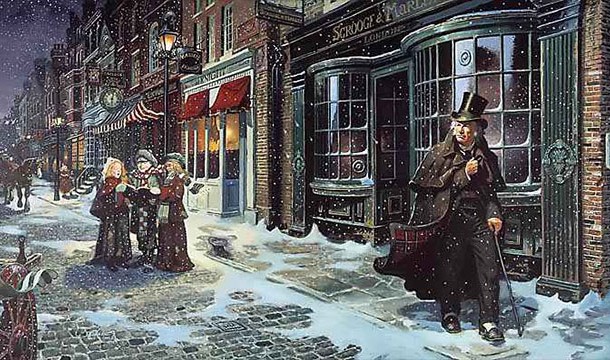 Between the 16th and 19th centuries was what is known as a “little ice age” where global temperatures were several degrees lower than normal. It is for this reason that many Christmas carols and songs stress a “White Christmas”. 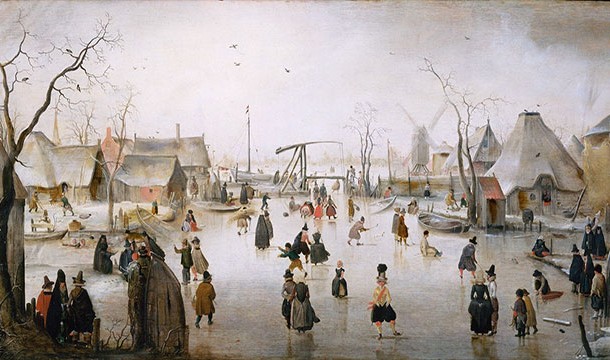 Bohemian Rhapsody by Queen is the only record to get the UK Christmas Singles Chart Number One twice, once in 1975 and again in 1991. 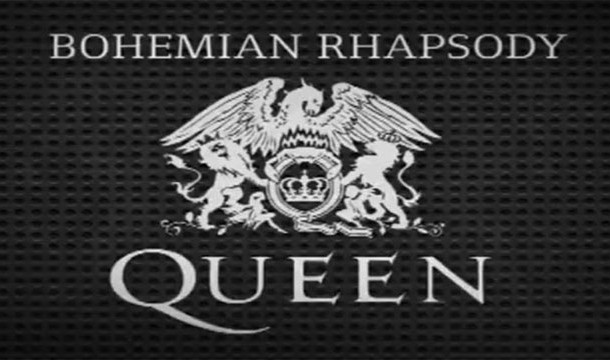 Christmas purchases account for 1/6 of all retail sales in the U.S annually. 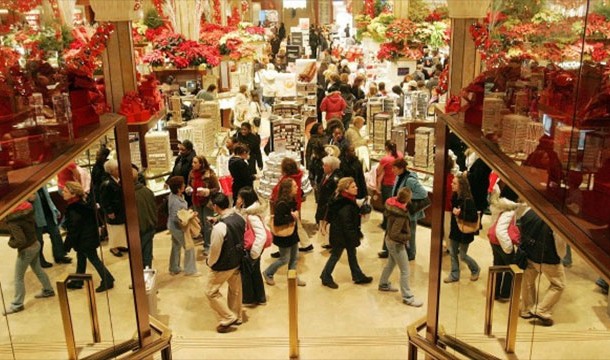