When the New York International Latino Film Festival wanted to get their point across that movies and films are drastically different, they worked with Wing agency in New York to create some hilarious posters that makes fun of movies. Simply put, they made movie clichés, graphs and charts that show actions or ideas which are expected or predictable, based on our prior experiences. 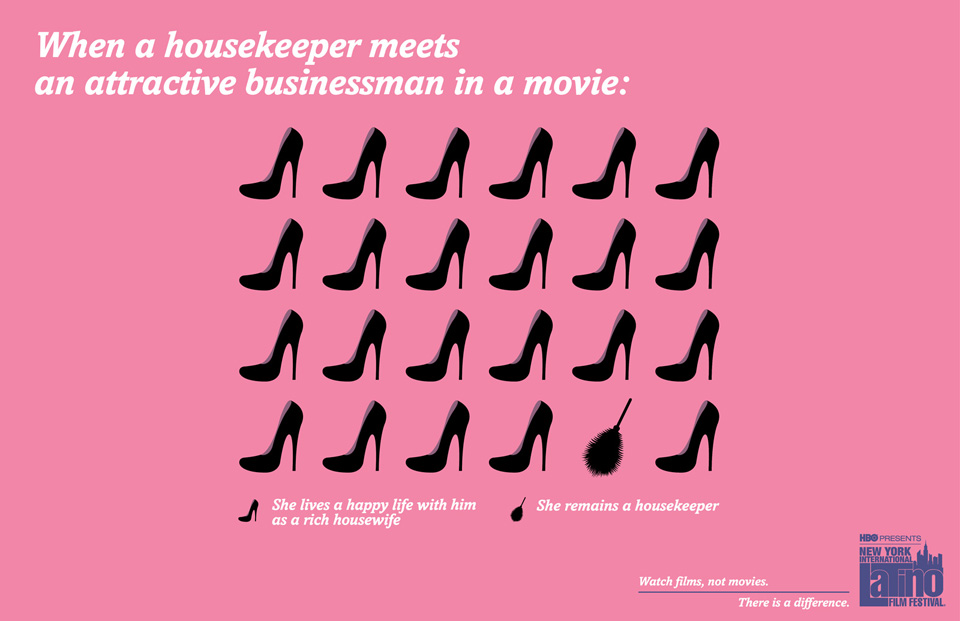 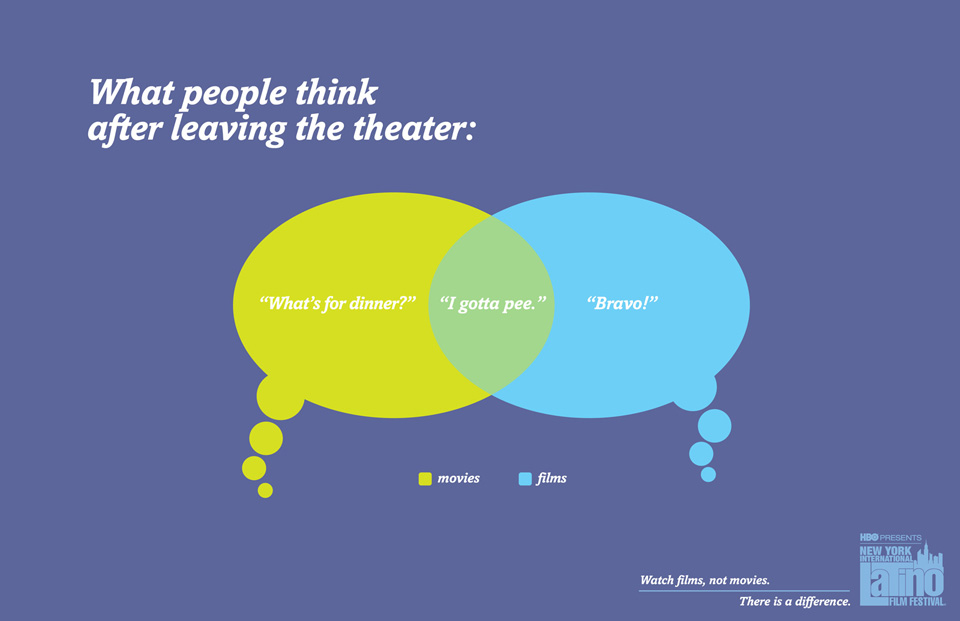 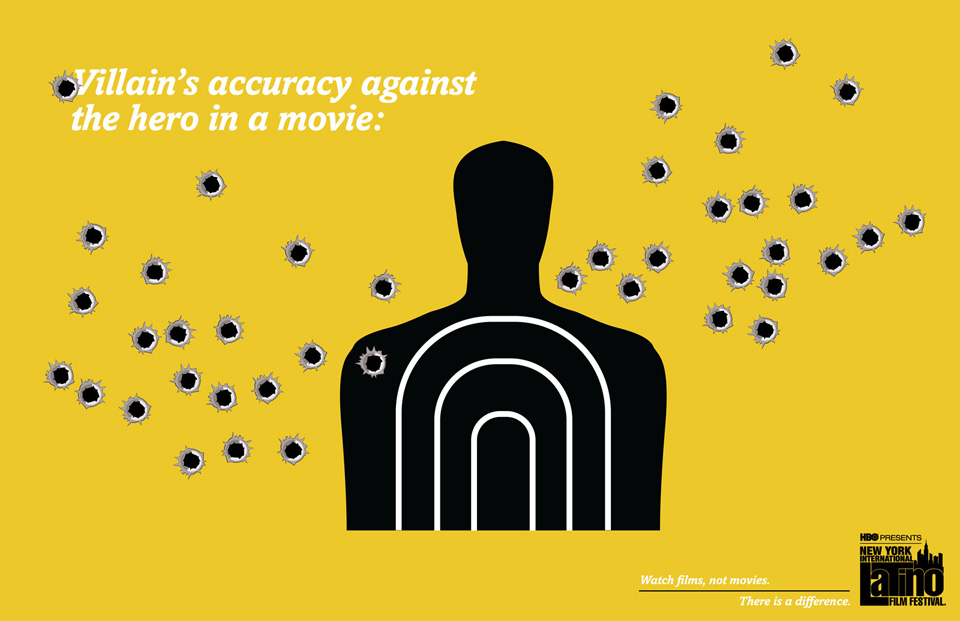 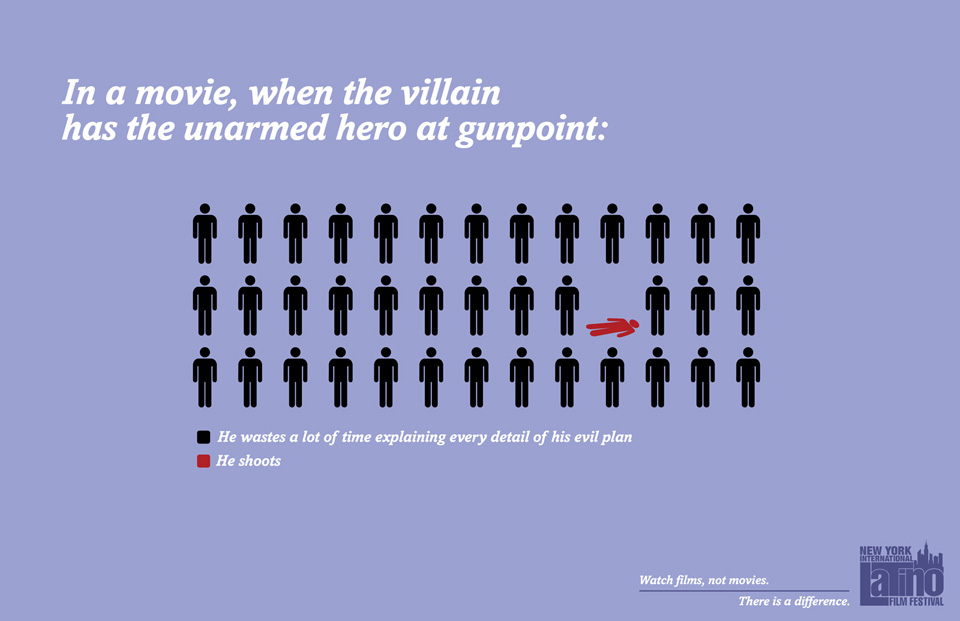 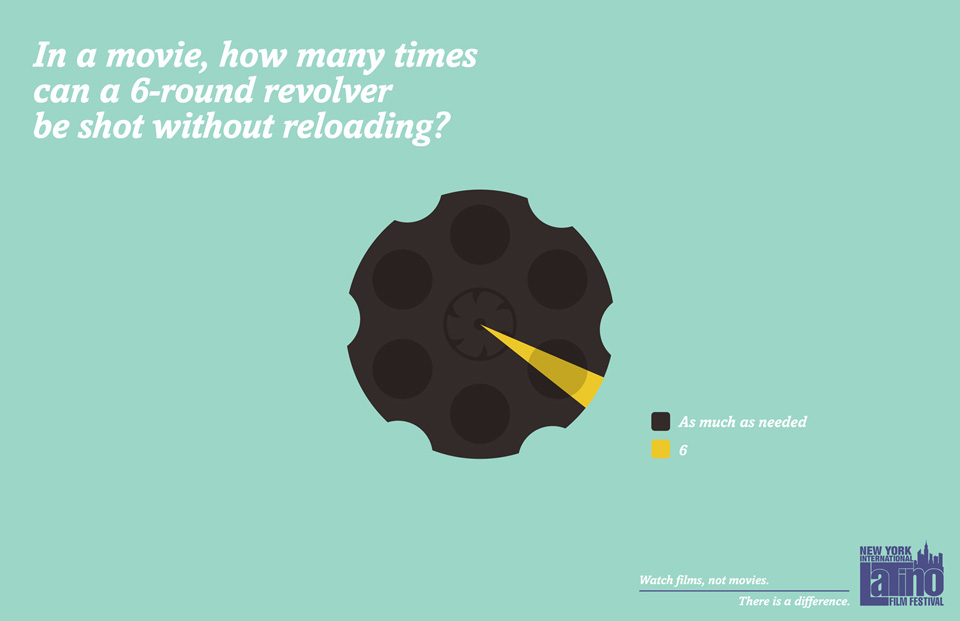 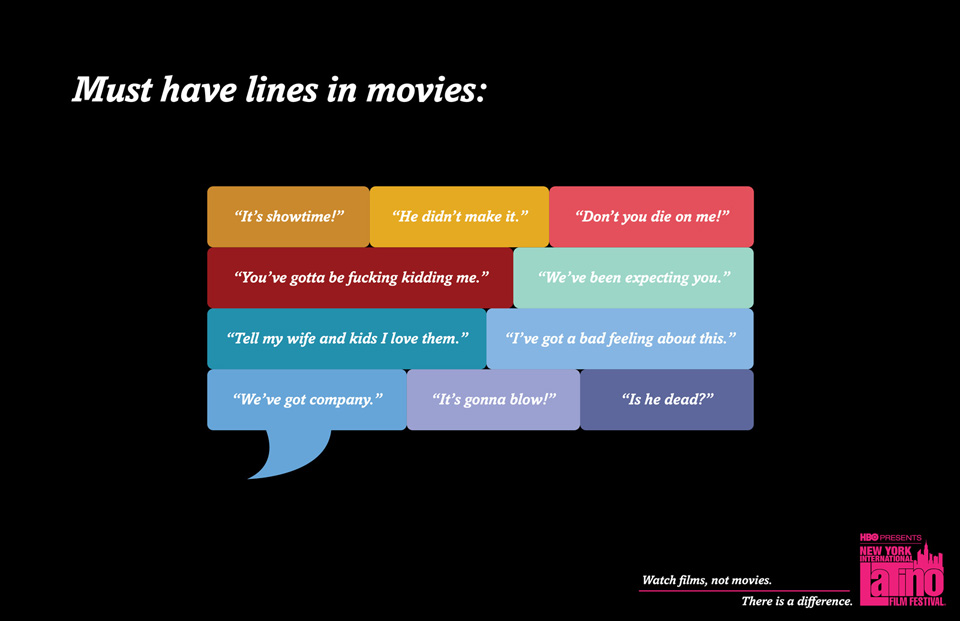 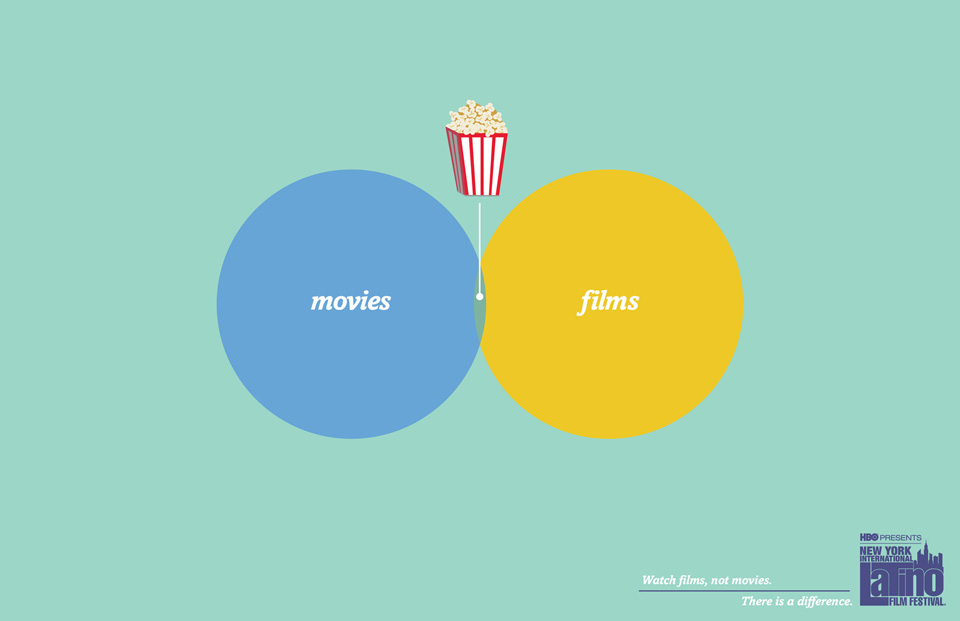 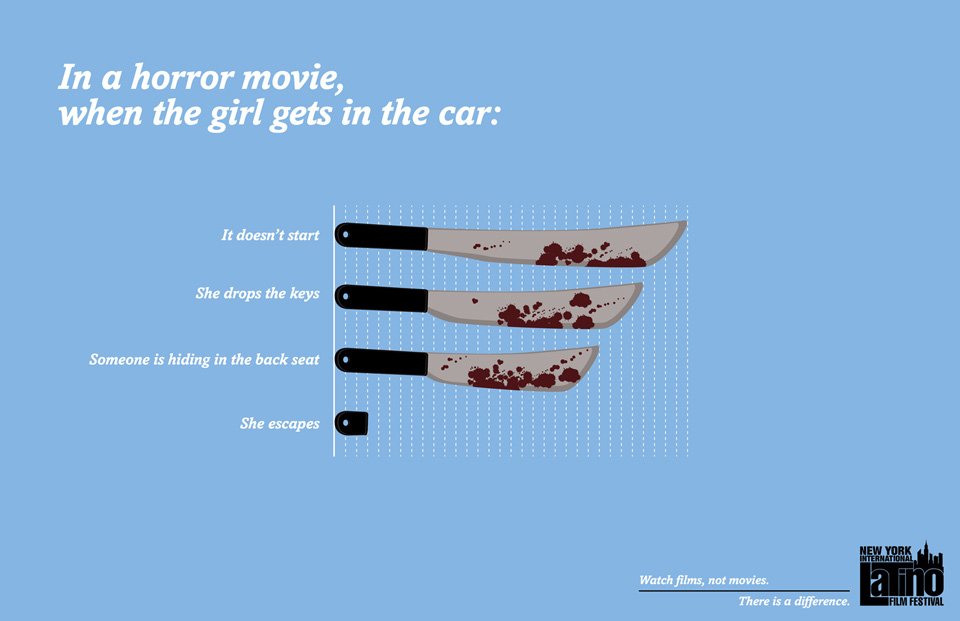 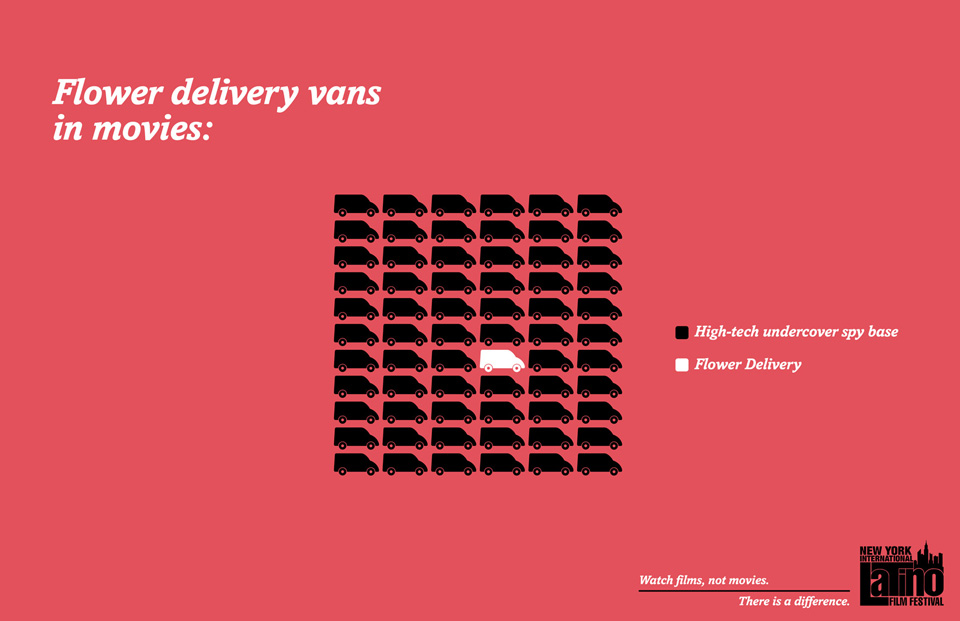 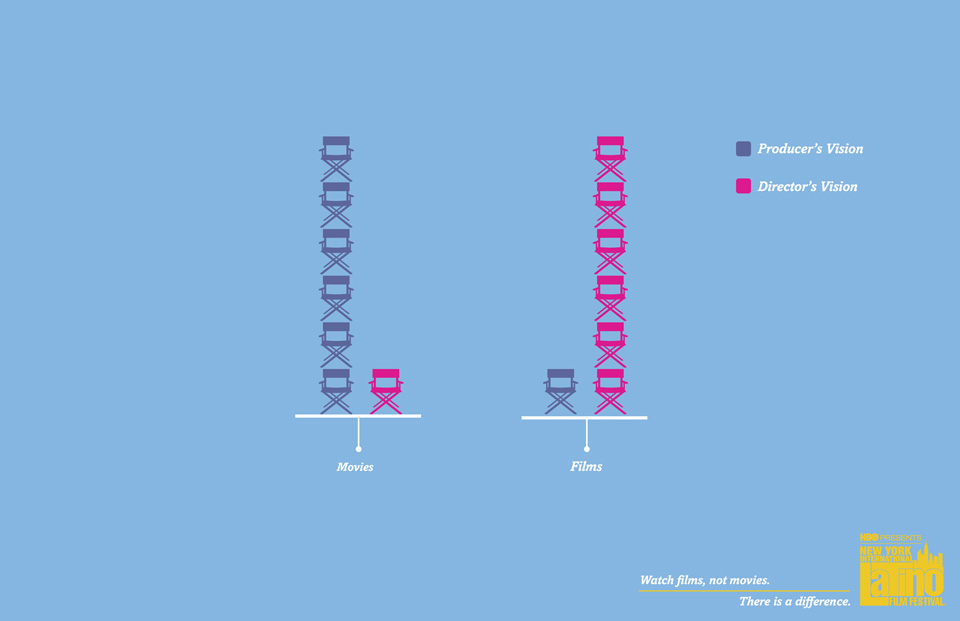 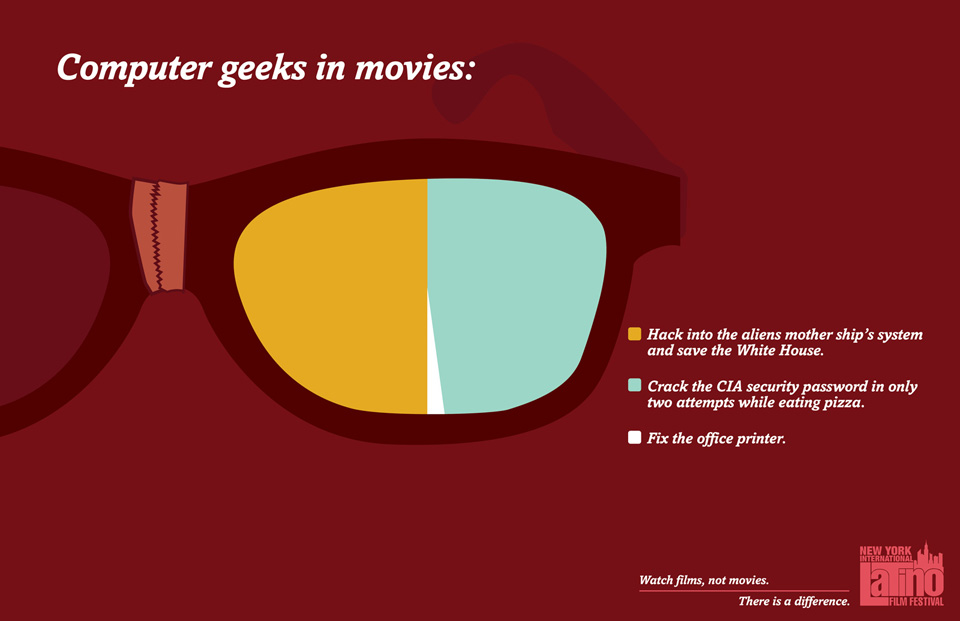