No matter how sad the story gets but the endings are always happy. We’re talking about Disney movies. Disney molded the stories before making movies for the people who could not handle disasters happening with their beloved characters. The result? Happy ending everywhere. For the people who can handle the truth, here are the original stories behind 10 famous fairy tales. 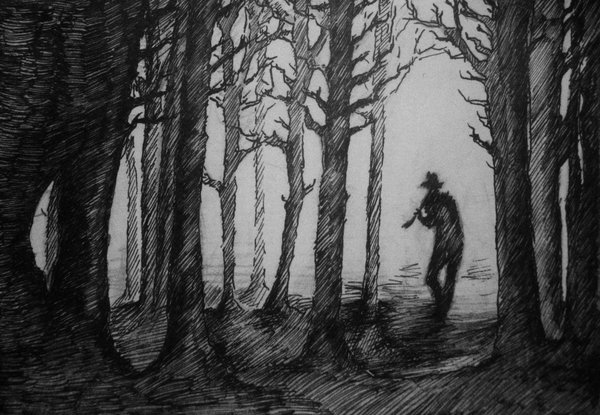 In the story we are familiar with, a village is overrun by rats and a piper agrees to get rid of them in return for a huge sum of money. He does so by playing his pipe but the villagers show no signs of paying, once the rats are gone. The Piper then plays his pipe that makes the children of the town run away and keeps them in a cave until he is paid the pre decided amount. In the original story, however, he drives all the children to a river, with the help of his pipe where they all drown, except for one boy who was lazy and couldn’t keep up with everybody walking so fast towards the river. Apart from this, the Pied Piper of Hamelin was accused of being a pedophile. It is believed to be a real historical event with the loss of 130 children on June 26th, 1284. 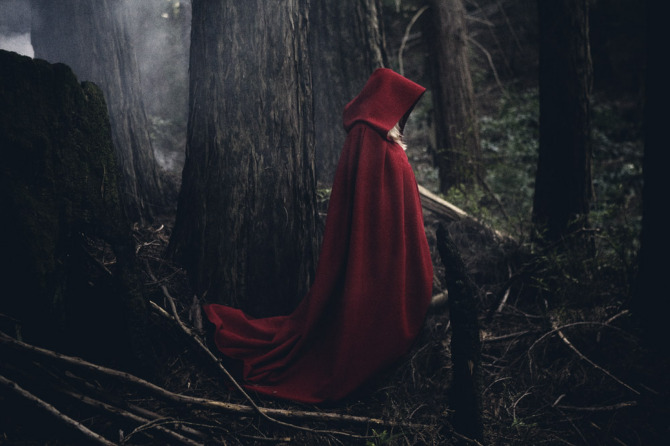 The bad wolf is disguised as grandmother and wants to eat Red Riding Hood. Just when he’s about to do so, a woodsman comes and kills the wolf. While in the original French story, Riding Hood has to be at some place she doesn’t know the way to. So she asks a wolf for directions to the place. The wolf, obviously misguides her, giving the wrong directions and eats her in the end. There’s no woodsman and no dead grandma. Just a silly girl who shouldn’t have asked directions from a stranger. Anyways, that escalated quickly. 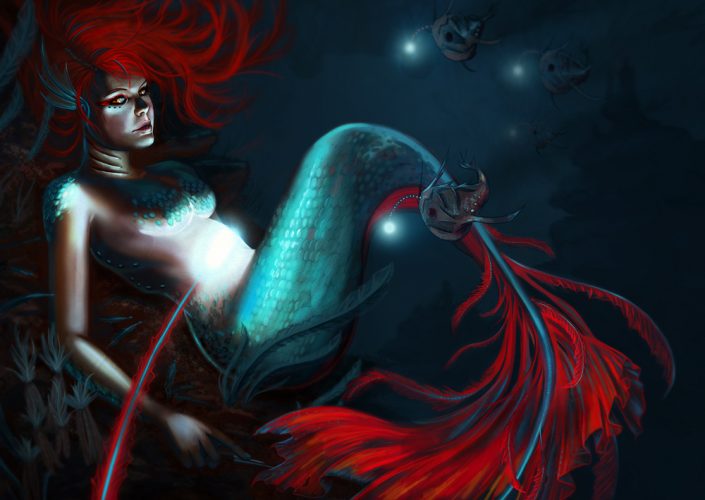 In the Disney movie, the mermaid princess Arel is turned human so that she can marry the human prince Eric and their’s is a happy wedding attended by humans and merpeople. But in the actual version by Hans Christian Andersen, Ariel sees Eric marrying another human princess. She is offered a knife to stab the prince to death but instead, she jumps into the sea and dies. In order to brighten the story a little, in the next version, Hans wrote that Ariel and become a ‘daughter of the air’ waiting to go to heaven. She is still dead though. 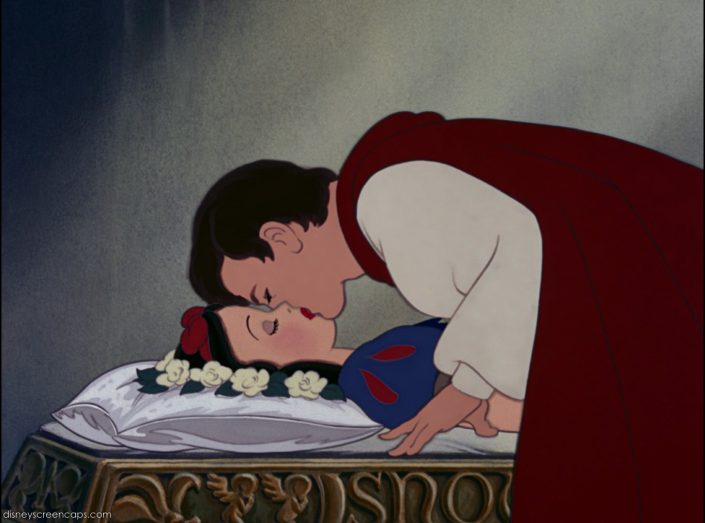 In the oh-so-pleasant Disney movie, the evil queen asks the huntsman to bring Snowhite’s heart and instead he returns with the heart of a boar. But actually, what the queen had asked for was Snowhite’s lungs and liver to serve for dinner. Also, she is not woken up by a magical kiss. As she was thought to be dead, the Prince was having the coffin taken to the castle and it stumbled. The punishment for the evil queen was to dance in hot coal burned iron shoes until death. It’s basically a story of a cannibalistic queen and a necrophiliac prince. 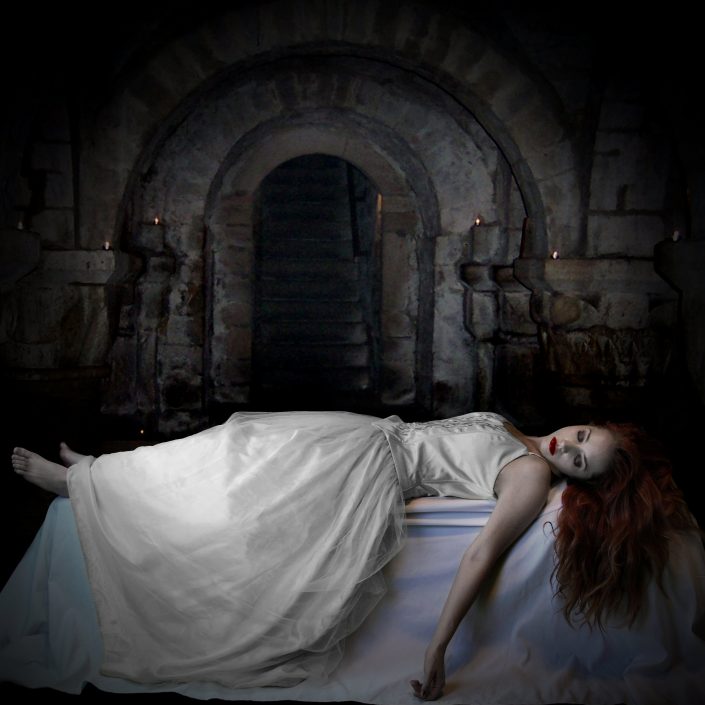 The princess is cursed and sleeps for 100 years and then is woken up by a prince’s kiss. They fall in love and get married. Familiar, isn’t it? Sadly, that’s not what happened in the original tale. The death like sleep is due to a prophecy and not a curse and while she is ‘asleep’ her father, the king, rapes her. She gives birth to two children and one of them sucks on her finger which removes the poisoned piece of flax due to which she had been sleeping. The princess finally wakes up to the realization that she has been raped and is also the mother of two. 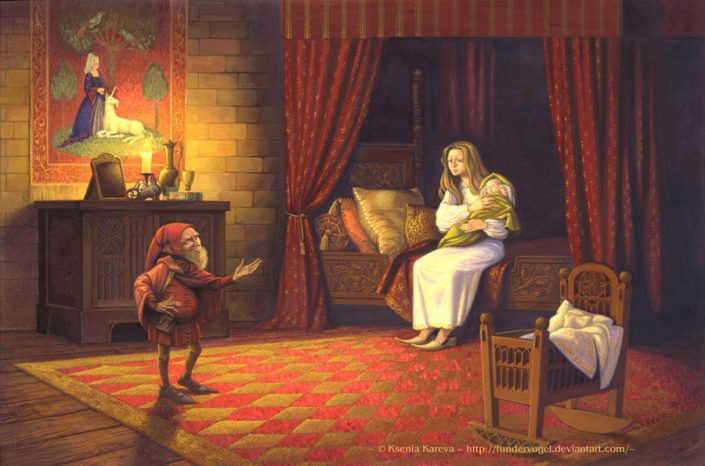 A miller, in order to show his importance to the king, tells him that his daughter could spin straw into gold. Although she had no such talent, she is locked in a room full of straw and told to spin into gold if she wants to live. Rumplestiltskin, however, agrees to help her in return of her first born child. She agrees but couldn’t do it when the day came. Rumplestiltskin agrees to let her off if she guessed his name right, which she does and that’s the end. But the author turned it dark by changing the ending. Rumplestiltskin got so mad that he dug his one leg deep into the ground and then grabbed his other leg and ripped himself in half. 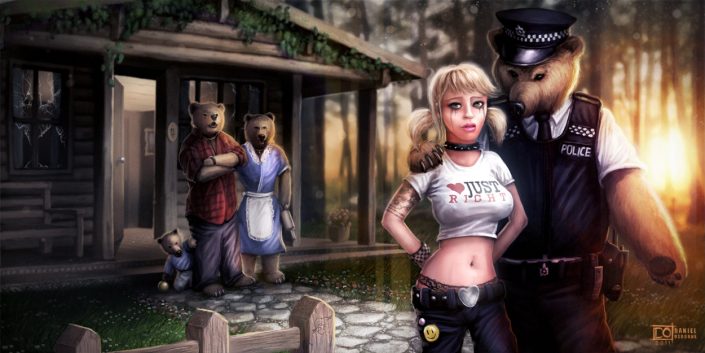 Sweet little Goldilocks stumbles across the house of three bears and eats all their food and sits in the chairs. When she gets tired she sleeps in the bed if the tiniest bear. When the bears come home, she is terrified and runs away. In the original story, the bears find her and rip her apart. Basic animal instinct. Moral of the story is not to wander in the forests alone and eat other people’s food. In another version, it’s also written that she manages to escape by jumping out the window but breaks her neck on the landing. In yet another version Goldilocks was arrested for breaking into the bears’ house. 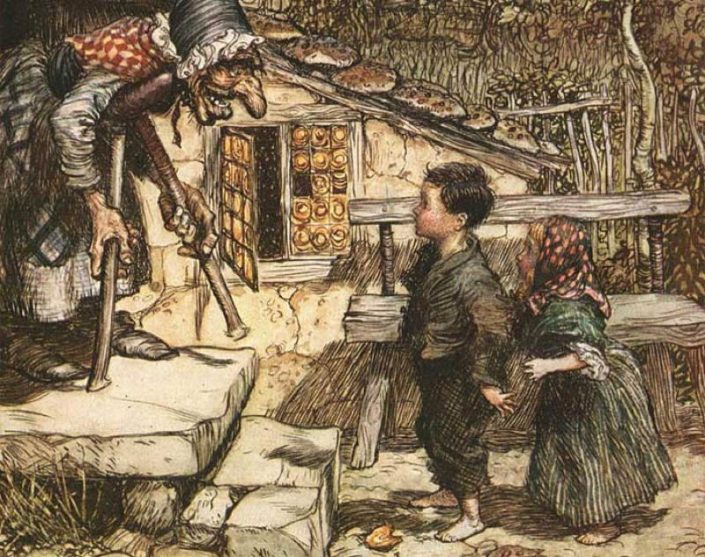 (Source: All That Is Interesting)

It’s the story of two lost children who find a house of gingerbread which belonged to the witch but they manage to escape. In the original French tale, there’s a devil instead of a witch and he puts up a sawhorse and tells the children to get on it. They pretend to not know how to get on the sawhorse. The devil’s wife then starts to explain and the children slit her throat and escape. That could have actually been a good film with tips on survival and escape.

2. The Girl Without Hands

A demon offers wealth to a poor man if he agrees to give him everything that was behind his mill. The man thinks that it is only an apple tree but her daughter was also standing behind the tree. The devil tries to take her but is unable to do so as she is pure and innocent. The devil threatens to kill the father but then the girl agrees to have her arms chopped off. Not pleasant but the original versions are even more gruesome. One version says that the father cuts off her arms because she refuses to have sex with him. Another one says that the girl cut her hands off herself in order to make her look ugly to her brother who was trying to rape her.

In the modern fairy tale, the prince marries Cinderella and the step sisters have to marry the ministers leading to the obvious happily ever after Disney ending. In the original tale, however, the two step sisters are so desperate to marry the prince that they cut off their own toes in order to fit in Cinderella’s fallen shoe. Two pigeons tell about this to the prince and they also peck out both the step sisters’ eyes. They spend their lives as blind beggars whereas Cinderella enjoys ruling the kingdom with the love of her life. As long as the main character is safe from cruelty, we don’t mind the gruesomeness.