Top Public Pillow Fights from Around the World

Around the world, numerous cities have public-pillow fighting events. These awesome events have people gathering on the streets and hitting each other with pillows.

Find below images of these fights. And keep an eye out for the hot girl in white. 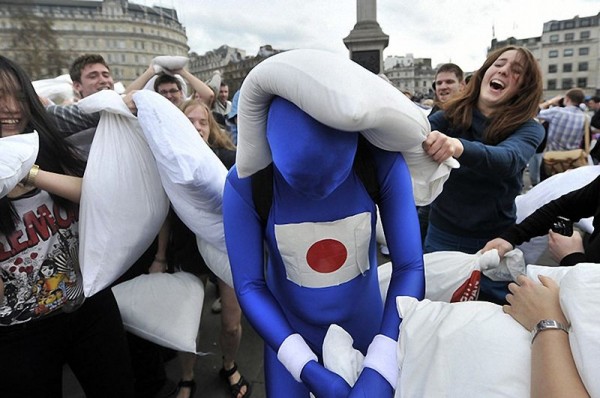 Youth are involved in a fight pillows on Castle Square in Warsaw: 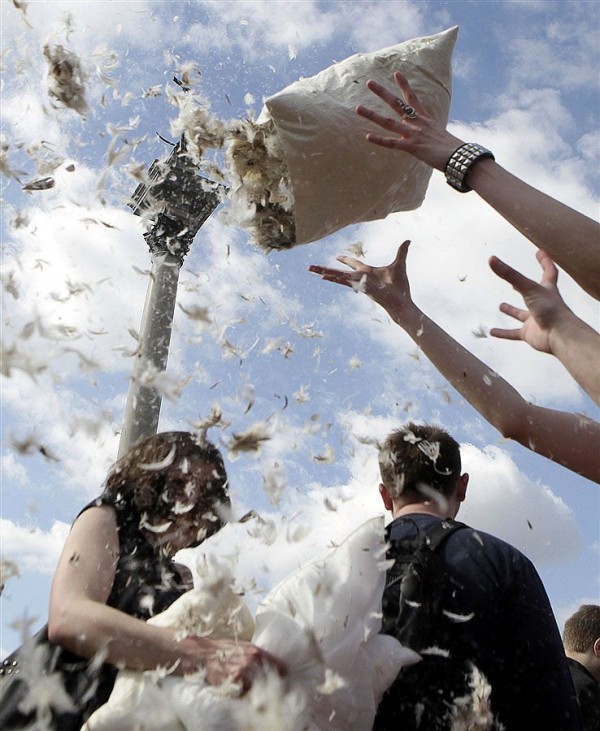 People in New York heading to a pillow fight: 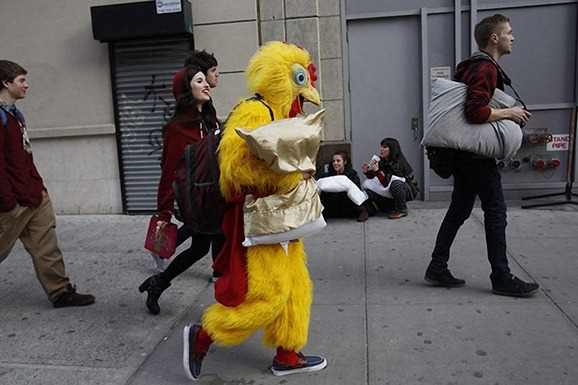 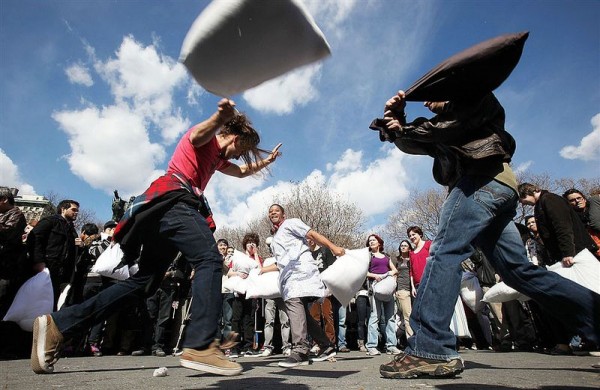 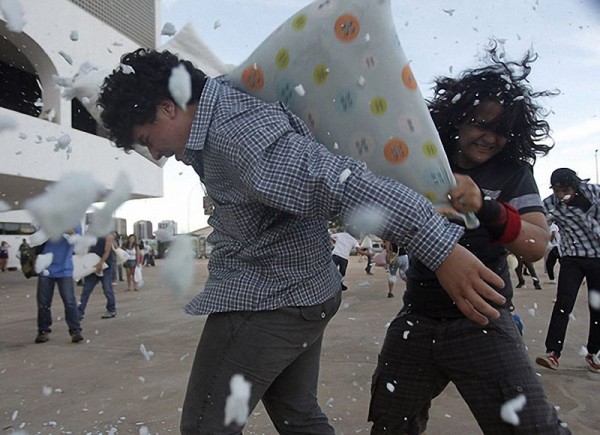 Pillow-mob at Union Square in Manhattan: 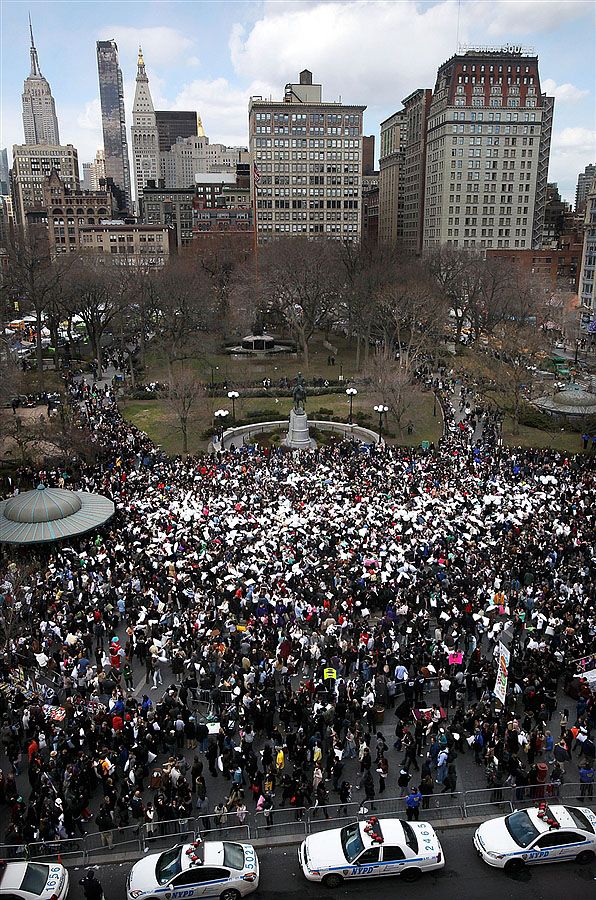 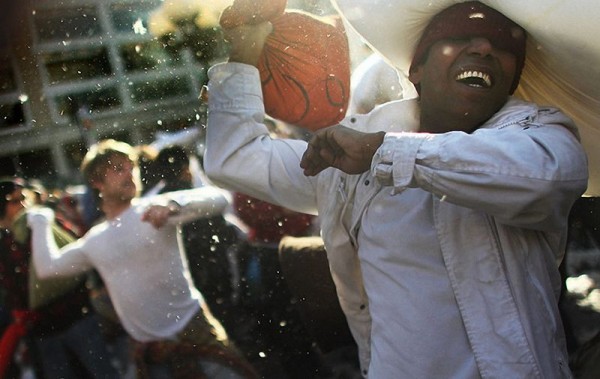 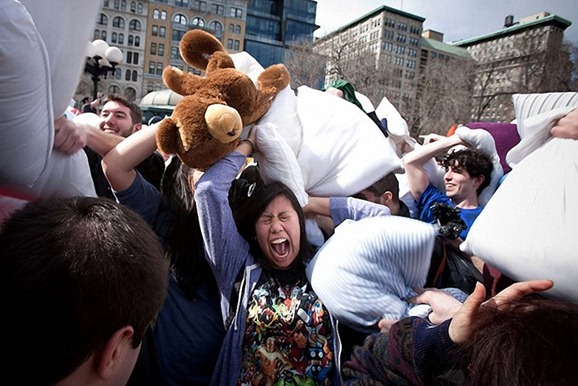 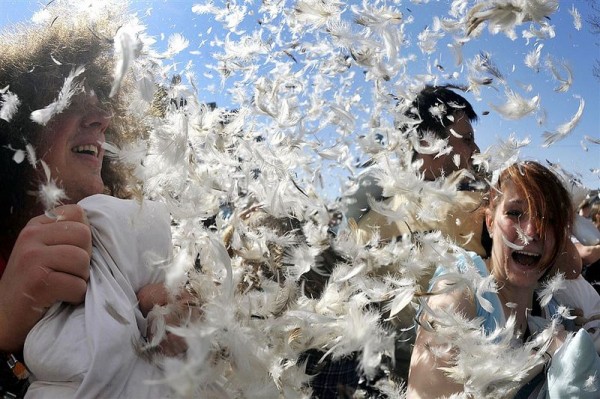 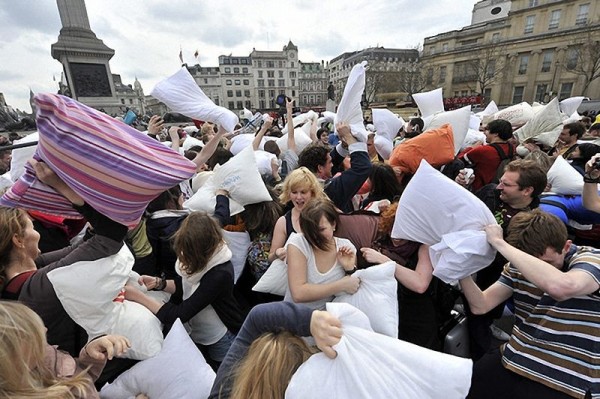 Feathers in the air in the area Fovam in Budapest: 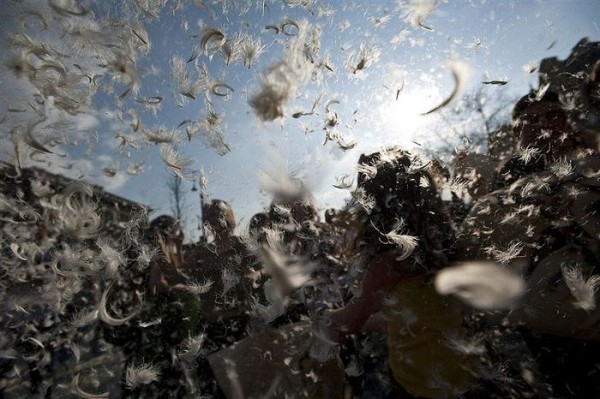 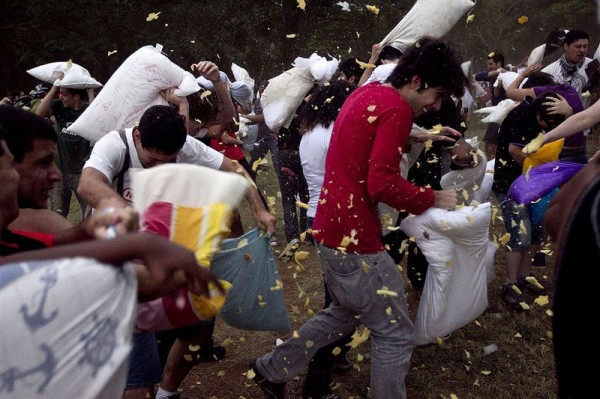 Pillow fight in full swing in the capital of Bulgaria: 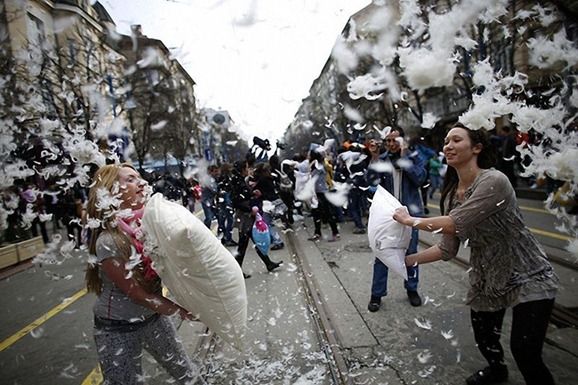 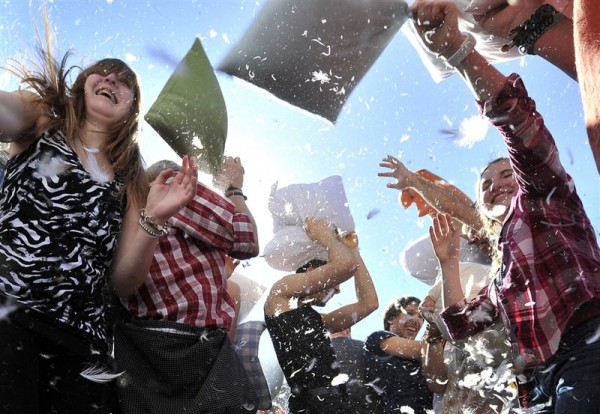 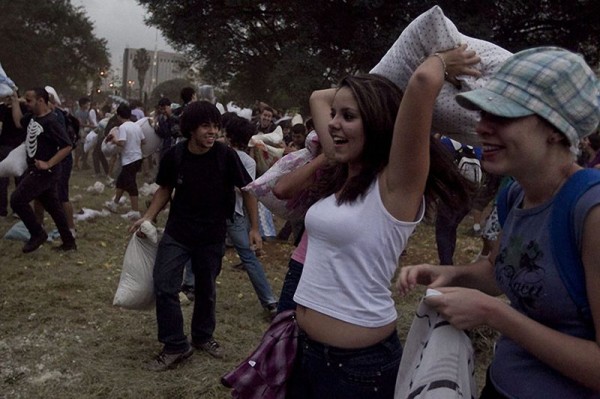 The feathers on the ground after the battle of the International pillows Fovam Square in Budapest: 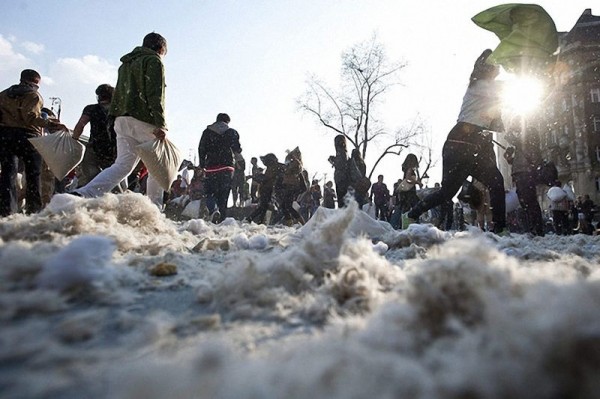 The only method to get all the feathers off after the fight: 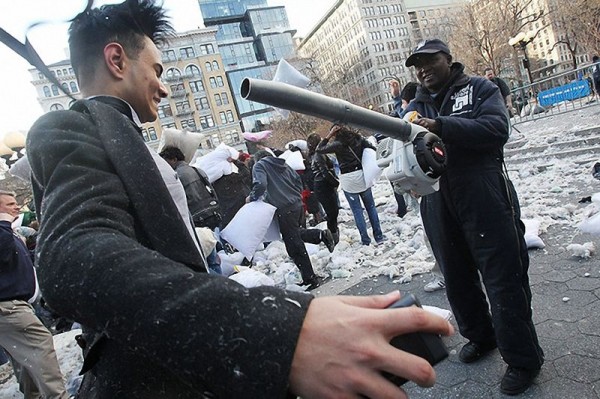