Jj O’Brien Nolan, a Facebook user, posted a picture of an unidentified Taco Bell employee licking a stack of taco shells, to Taco Bell’s official Facebook page. He posted this statement with the image “This sure says a lot about your employees, food treatment and what they post on the internet.” The horrifying pic has taken off fast and is circulating all over internet. I can imagine the fear and frustration of the chain. Rob Poetsch, a Taco Bell spokesman, told the Daily News that the taco shells were never served to customers. “They were used for training only and in process of being thrown out, however, two employees took and posted this photo on their personal pages against policy,” Poetsch said. What kind of training are they conducting with the food I wonder? He also claimed that they are conducting an investigation, and will take the appropriate actions when they find who did this. This kind of pictures make me realize once again that cooking at home is the best choice! 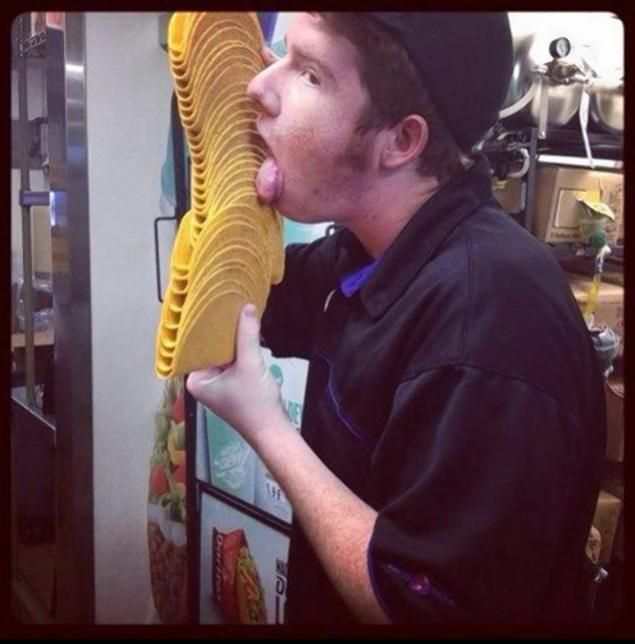 Anyone in the mood for one of these?