Plenty Of Animals Form Unlikely Bonds, But This One’s Something Special.

While Rautiainen is fascinated by all animals, this photographer has spent a lifetime focusing on some of Finland’s most misunderstood creatures. His goal is to help people see the beauty and intelligence of wolves, bears, and wolverines. 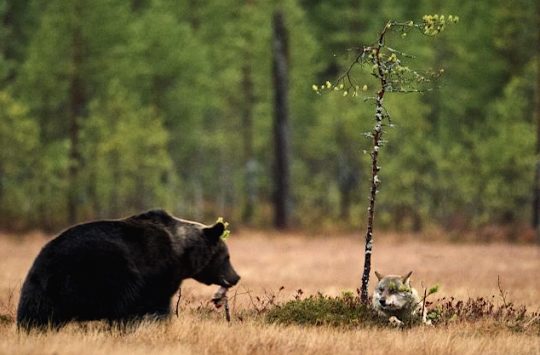 While he was out shooting one day, he came across what was an unprecedented sight in his book. That’s when he focused his viewfinder on an unlikely duo that’s since garnered international attention. 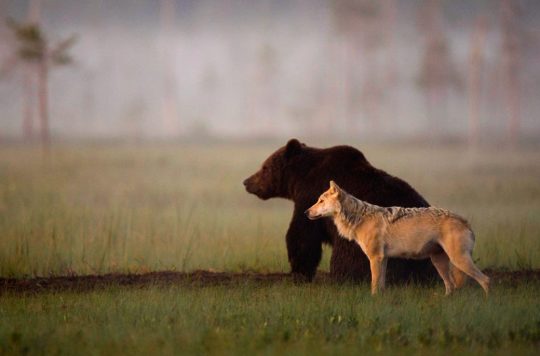 At first, he thought that the sighting was a fluke — a brief encounter between two adversaries. When he began studying the pair, however, he made a stunning realization.

The two spent almost every waking moment with each other. 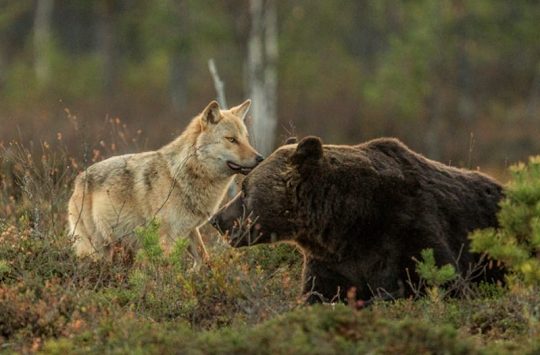 They surveyed the land together, they hunted together, and they even shared meals. Day after day, Rautiainen watched as the relationship blossomed into something upon which both animals relied. 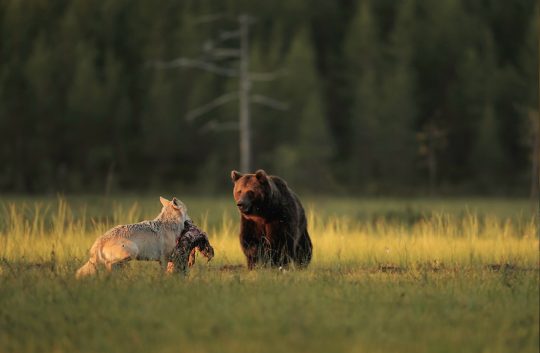 According to the photographer, “No one can know exactly why or how the young wolf and bear became friends, but I think that they were both alone when they were young and a bit unsure of how to survive alone. It seems like they feel safe together.” 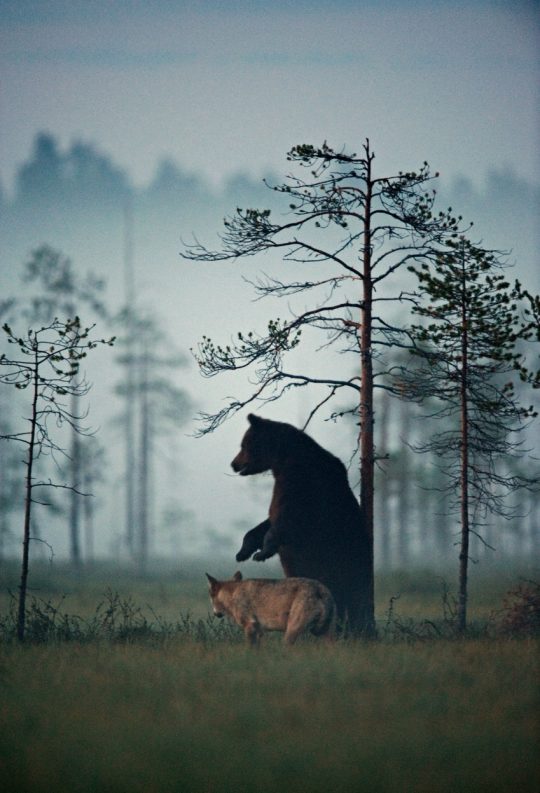