23 Dumb Criminals Caught In The Act…

This confusing criminal with clown pants.

The guy who just COULDN’T resist. 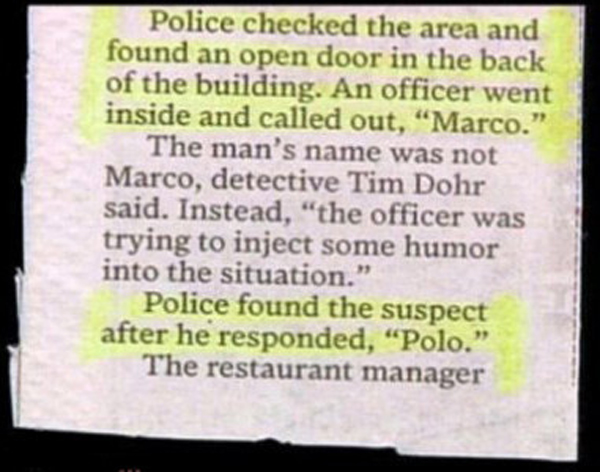 These criminals who were too stupid to know how to drive stick.

The guy that couldn’t figure out how to work a ski mask.

This guy, who couldn’t’ even get his own lawyer’s support: 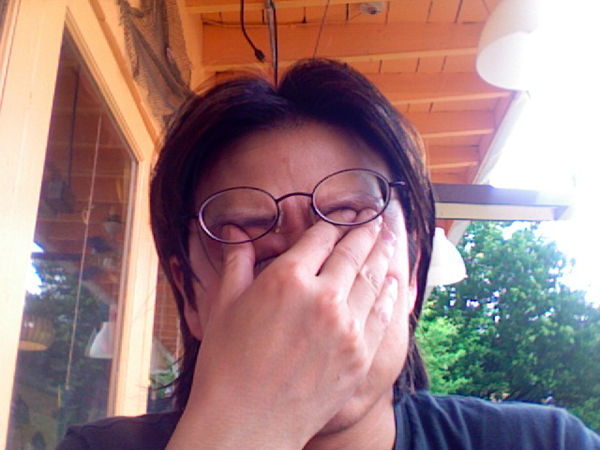 “A bungling burglar was caught red-handed trying to loot a house when police were already inside interviewing a victim of another crime. Darren Kimpton, whose counsel described his offending as ‘clumsy’ and ‘pathetic’, had planned to steal items and sell them to buy Christmas gifts for his elderly parents.” via NorthHamptonChron.co.uk

The guy who just wanted a fern.

These two ferocious and shocking criminals. 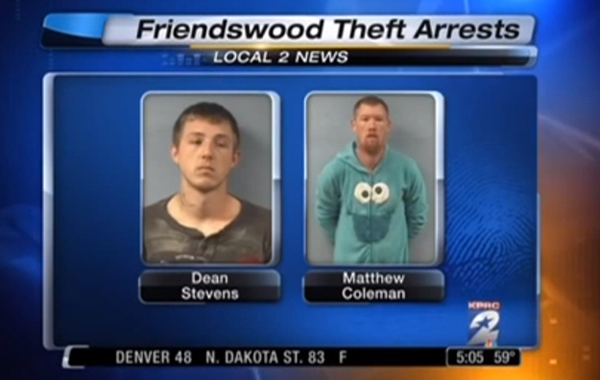 The burglar who was afraid of a fake, talking fish. 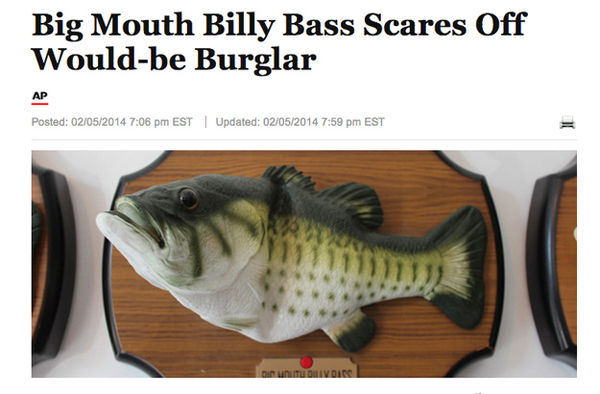 The guy who didn’t realize that cell phone stores had security measures.

The genius that confessed to her crimes. Online. 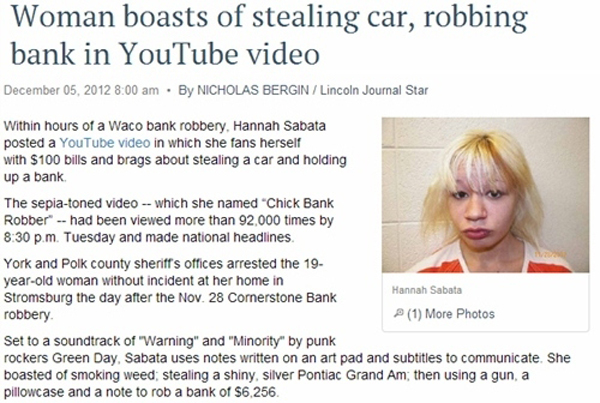 This duo that butt-dialed 911, getting themselves arrested. 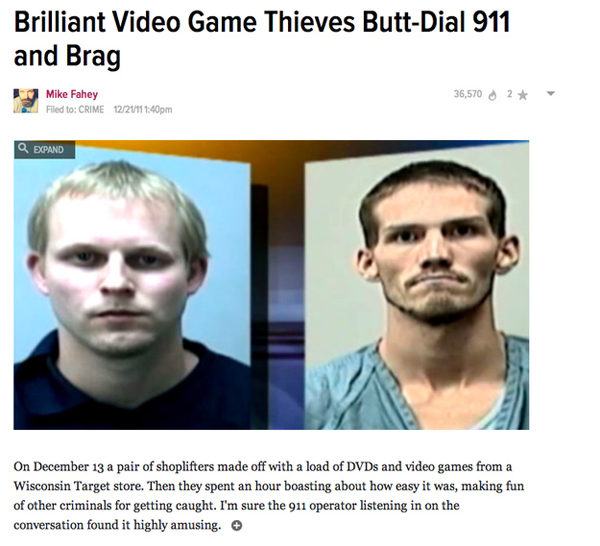 This guy who tried to run from the police… and failed.

The guy who didn’t even see it coming.

The four-eyes that just refused to accept defeat.

The robber that didn’t realize a chair could be used as a weapon.

This criminal, who desperately needs to start wearing a belt.

These idiots that handed themselves in… for free beer: 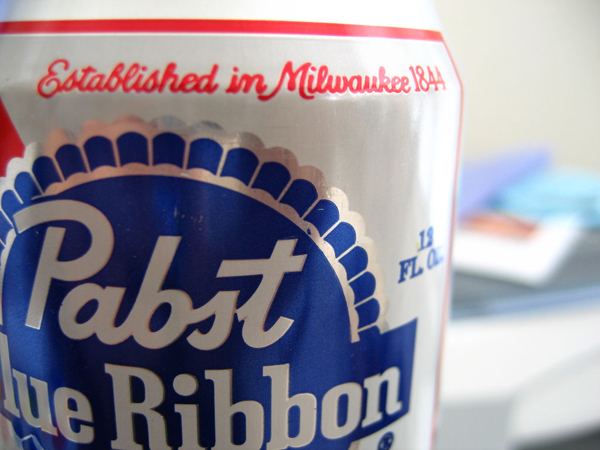 “Undercover officers at Derbyshire police sent letters to dozens of people who had evaded arrest asking them to ring a marketing company to collect a free crate of beer. A total of 19 suspects fell for the hoax and called the number on the letter, which put them through to police officers based at Chesterfield Police Station. They were told that they needed to arrange a date and time for the free alcohol to be dropped off at an agreed address. But instead of being handed free ale the wanted men found themselves confronted by police, handcuffed and under arrest.” via Telegraph.co.uk

The guys who just REALLY wanted some Mickey D’s. 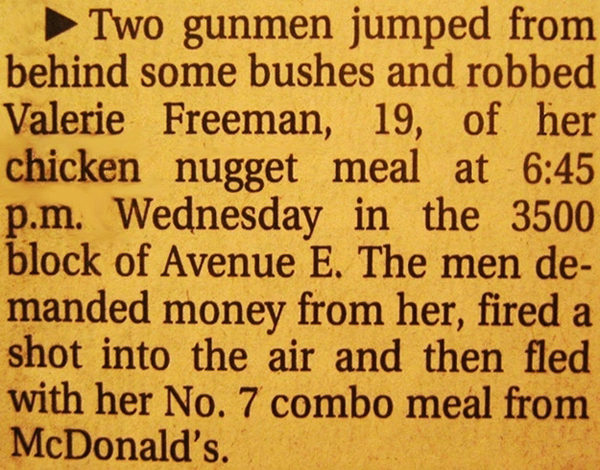 Yet another victim of a chair. 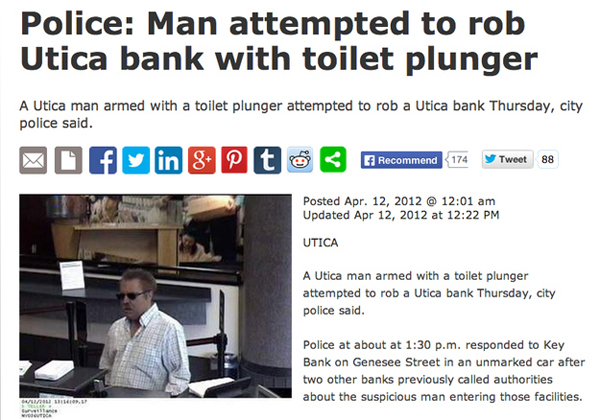 The guy who picked the WRONG shed… 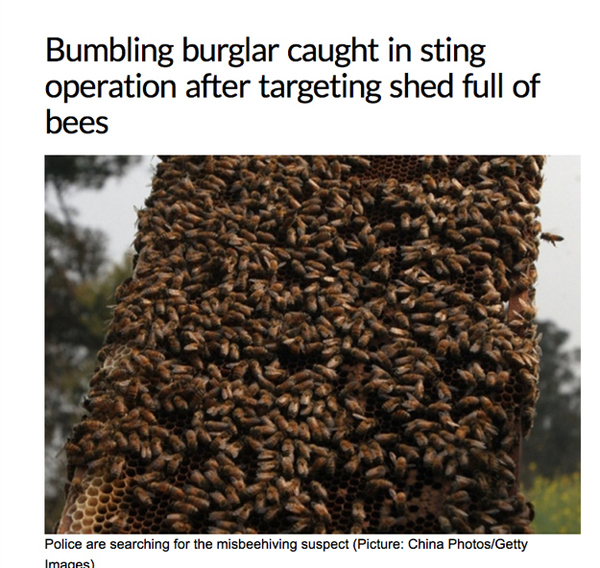 This Tetris criminal, who was quite puzzling. 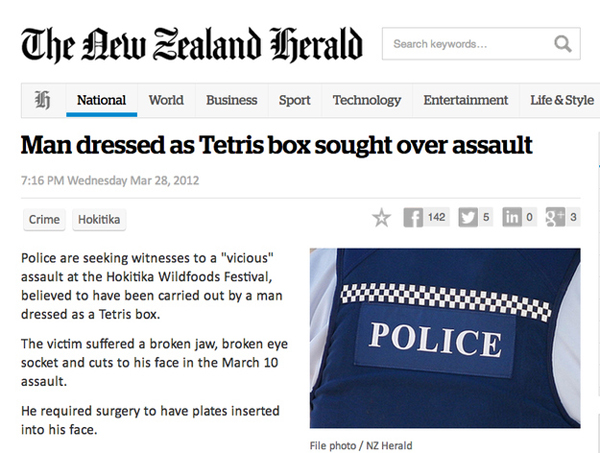