Cocaine in breast implants. this smuggler was really busted with cocaine. heh. 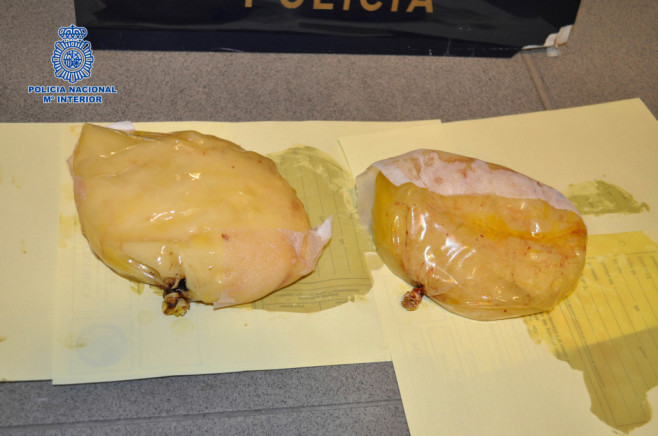 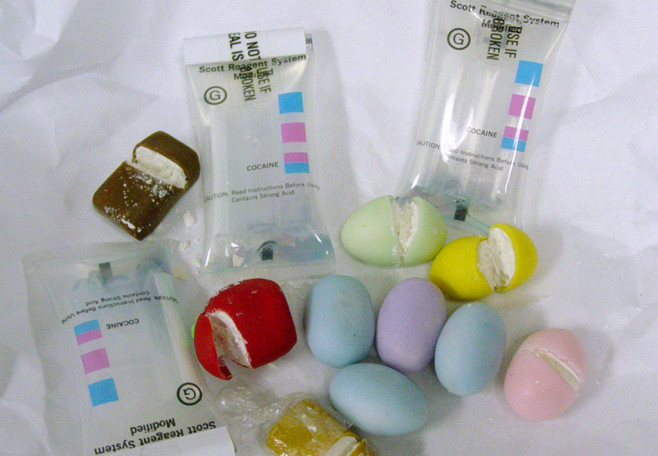 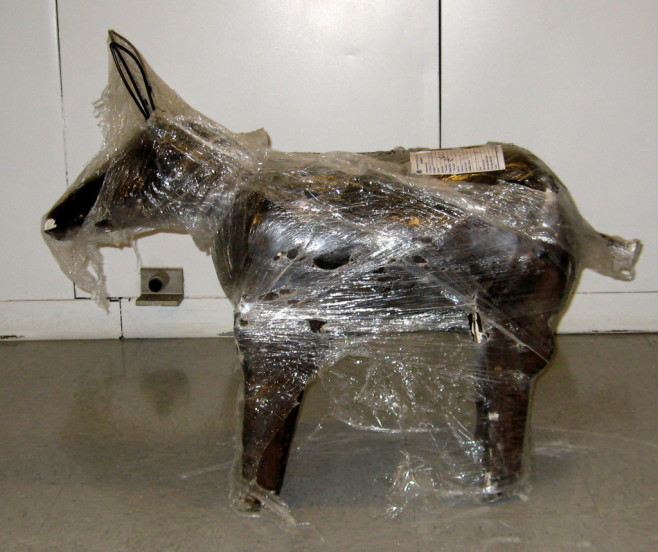 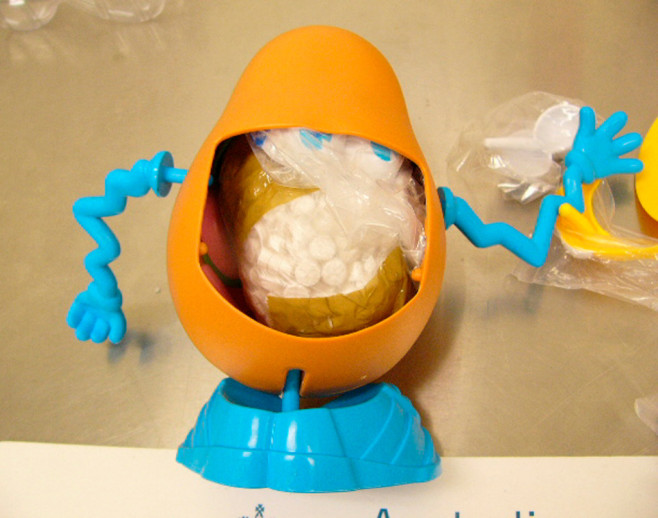 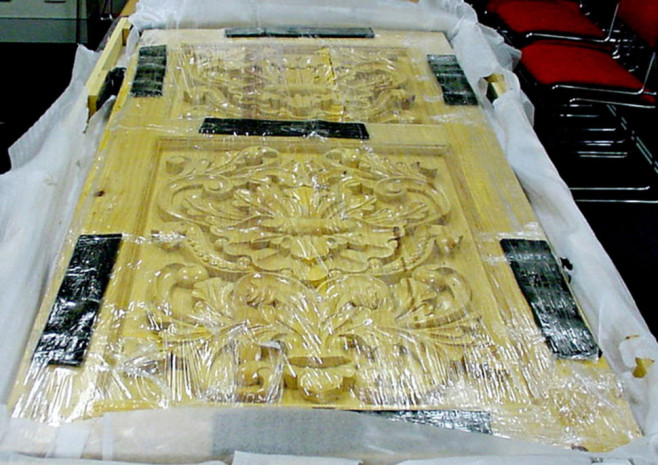 The base is compressed ephedrine 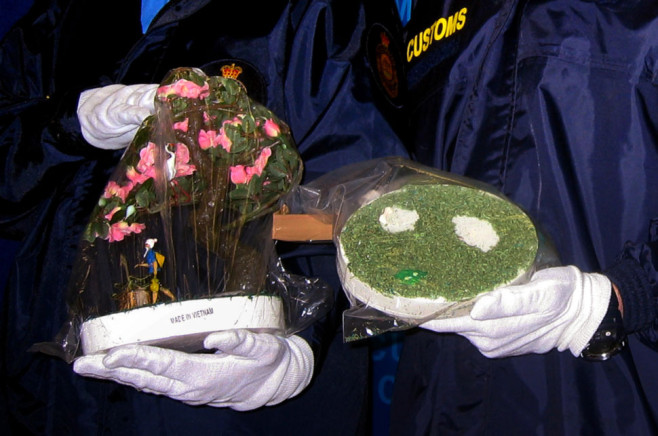 As it says on the label, this is just gay lube oil. also illegal steroids. 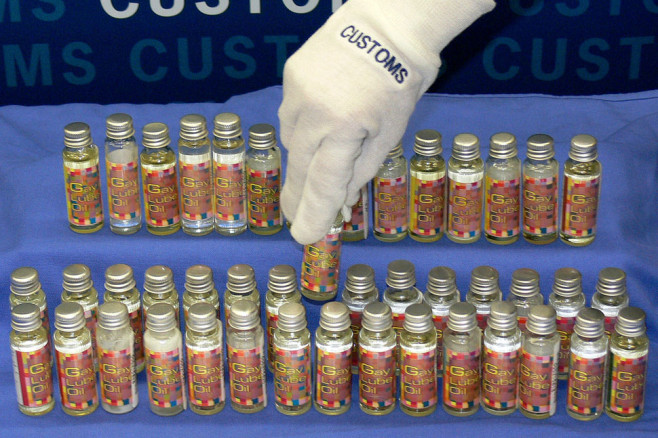 Cats filled with opium, two of the internet’s favourite… wait, I’m getting reports that the internet is not actually that into opium. sorry. 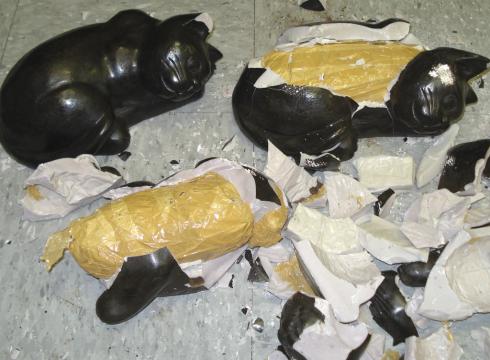 Pringles made from compressed cocaine, 168gs to a pack. once you pop those, you should stop. 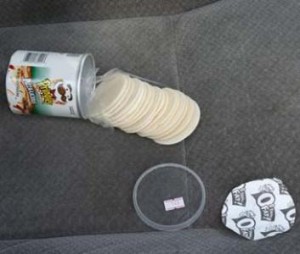 Bricks of hashish stamped with a lebanese cedar, 85kgs of which were supposed to be shipped TO the netherlands. because there’s a… shortage? I think? 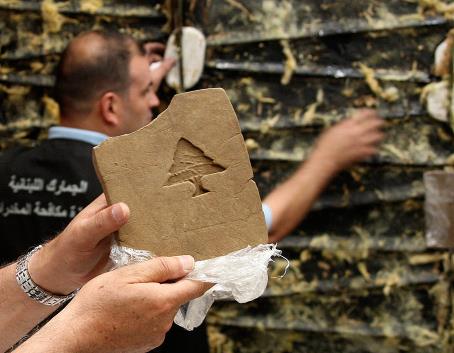 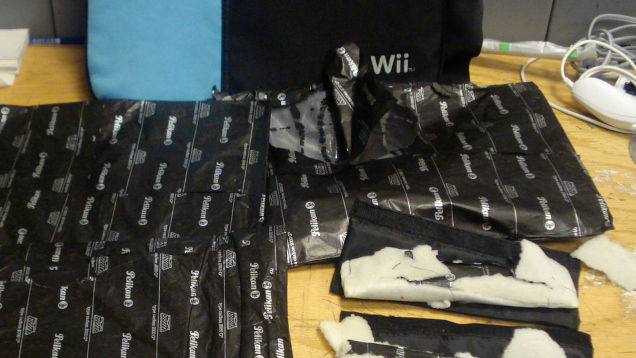 15 Clams, each filled with 10g of cocaine and glued shut. might have gone swimmingly on a fishing trawler, at the airport? didn’t fly there. 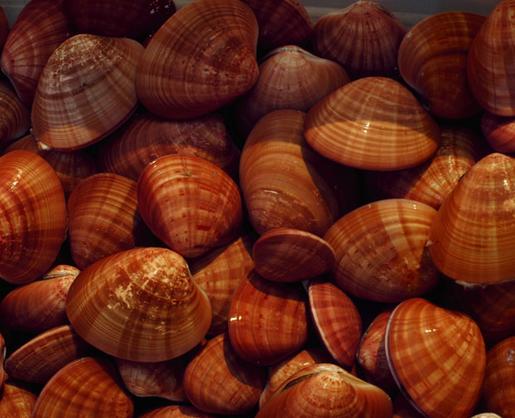 You take a brick of methamphetamine, you cover it in chocolate, re-seal the package, and try to get 45 of them to japan. as you do. (might have been cocaine, reports vary) 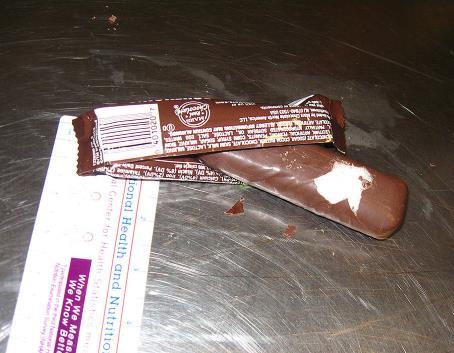 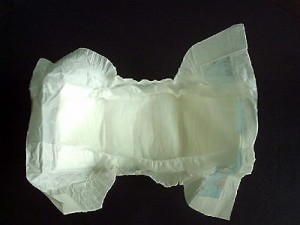 “According to police, smugglers mixed drugs in crayons and sent them to prisoners. However, guards noticed orange discoloration and looked closer.” not pictured? the actual crayons. just imagine crayons with an orange tint. 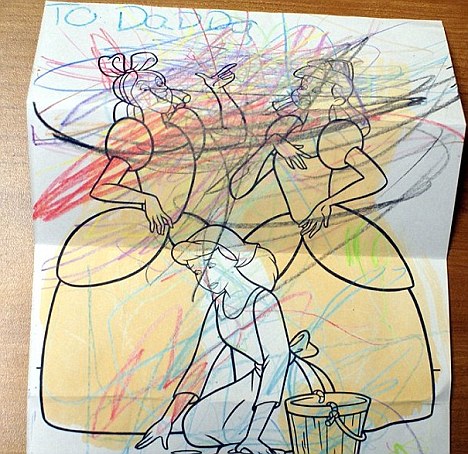