10 Weird, Wild, and Wonderful Fruits you should try

10 Weird, Wild, and Wonderful Fruits you should try

Buddha’s Hand
Buddha’s Hand is also called the finger citron and aptly so. To eat it, just slice the fruit lengthwise and eat it with the rind. Common in Asia, it has a thick peel and a dry, seedless flesh similar to a lemon. The fruit is often used to make marmalade and liquors. 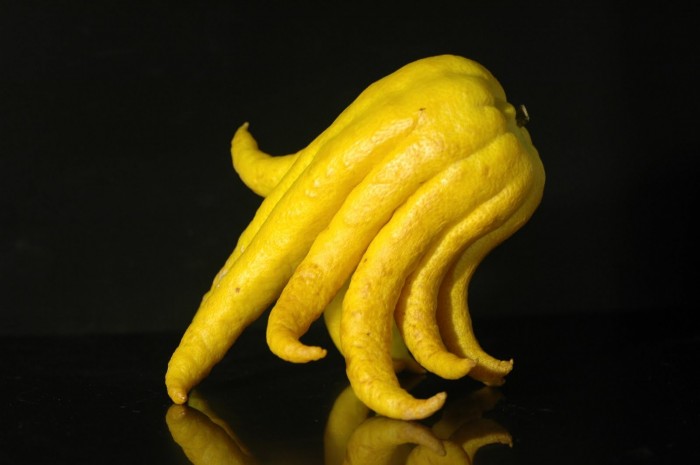 African cucumber
Also known as the Kiwano melon, earned the nickname “cuke-asaurus” because of its appearance, which resembles that of a horned dinosaur. Inside, the fruit looks and tastes like a bowl of sweet and gelatinous cucumber with a tart aftertaste. 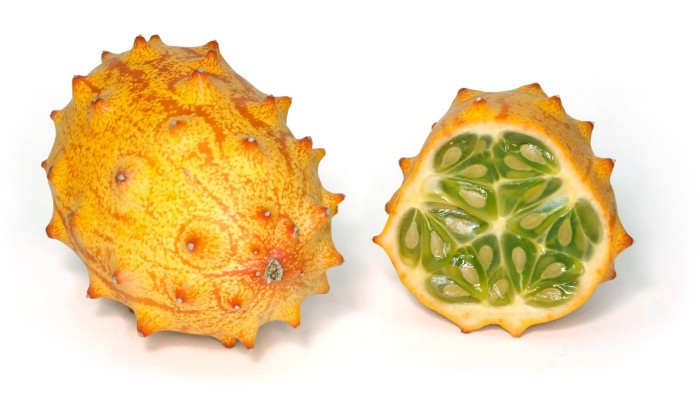 Black Sapote
Also called the chocolate pudding fruit, this large berry looks like a green tomato. Once you get past its dark brown interior color, you may find you enjoy the custard-like fruit with a hint of sweet nutty taste. You can also mix it with cinnamon, sugar, and wine or serve it with cream. 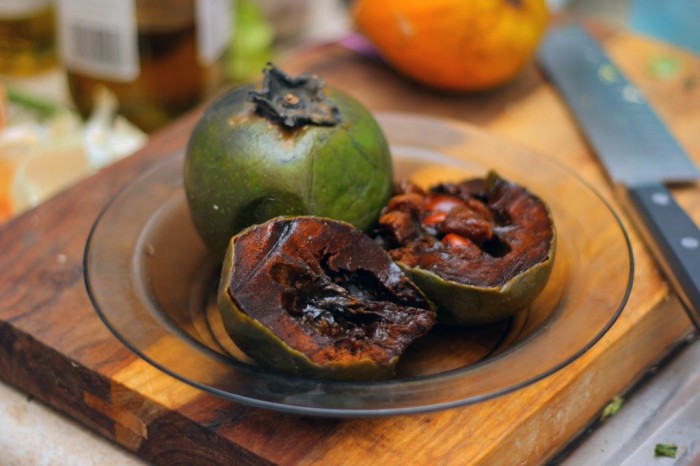 Durian Fruit
The Durian fruit is a double whammy because of its weird appearance and revolting odor. Imagine the smell of old gym socks or sewage, and it is enough to turn your stomach upside down. However, it has a rich custard-like flavor with a hint of almond. 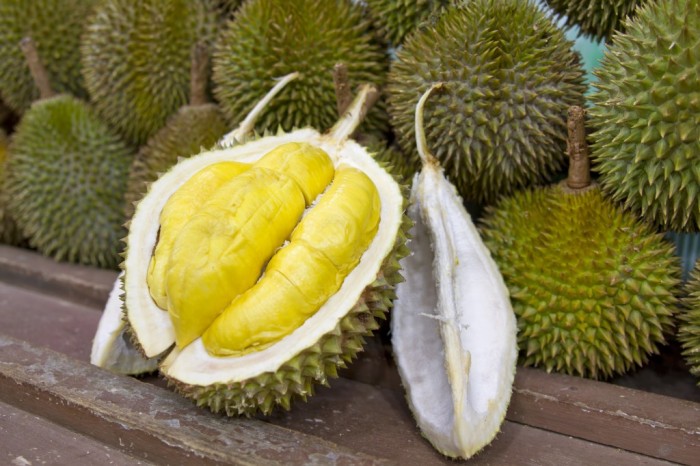 Monstera Deliciosa
This unusual fruit is native to the rain forests of South America. Popular both as a food and as a houseplant, this monster plant releases a pungent odor when it ripens. However, the fruit tastes like sweet pineapple, and many people find they enjoy eating it. 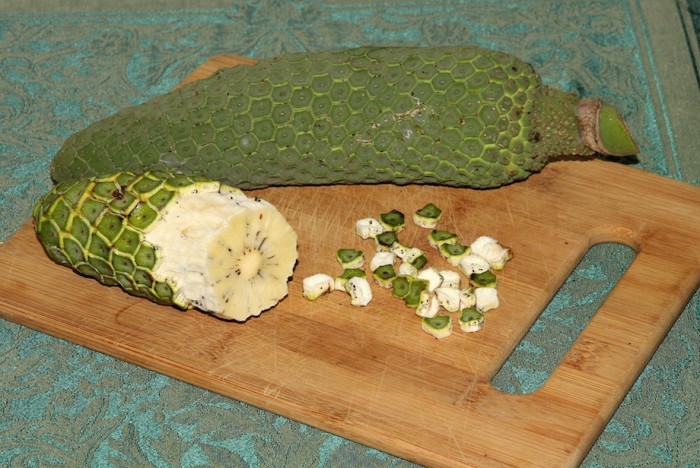 Physalis
This fruit, which is as exotic as its name, is encased inside a lantern-like husk. It belongs to the same family as the tomato, and it shares a similar type of mild acidity. You can add Physalis fruits to your salad or use them to make your pasta sauce. 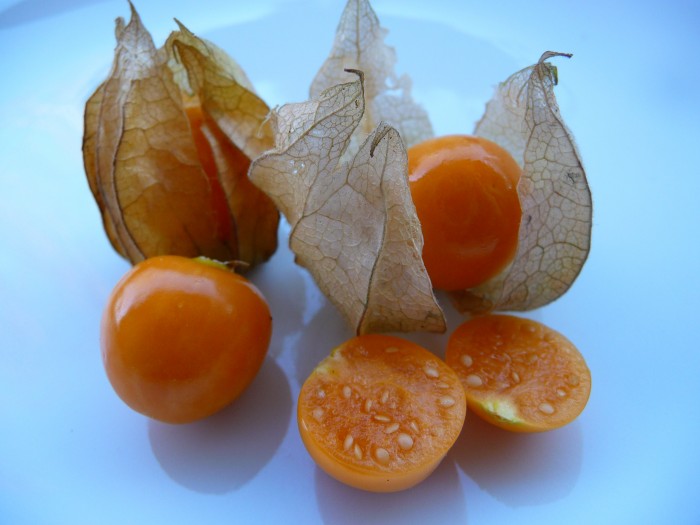 Sugar Apple
The sugar apple has many names, including custard apple, atis, cherimoya, and sweetsop. Native to the Americas, the fruit is full of seeds with a taste that is a cross between a pineapple and a banana. Mark Twain once referred to it as the most delicious fruit known to men. You have to try it first and then form your own verdict. 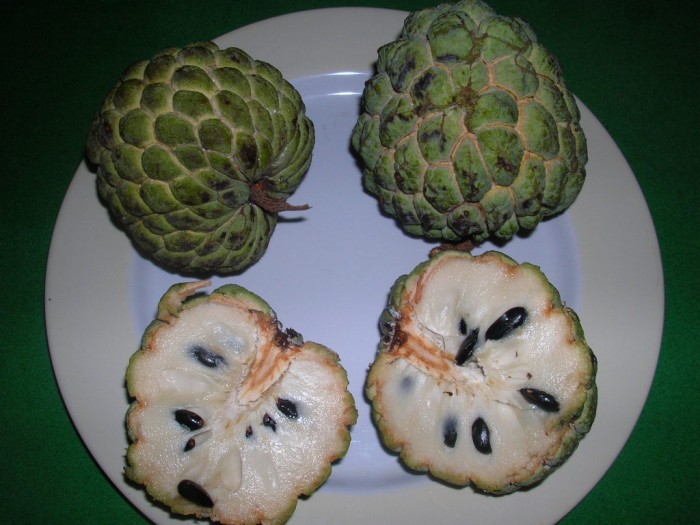 Rambutan
Rambutan means hairy in Malay, and you may very well agree when you see this red, hairy fruit. If you are brave enough to peel it, you find a tender, juicy fruit inside with a delicious sweet and sour taste. Imported from its native Southeast Asia, the fruit is often available in Asian fruit markets and stores. 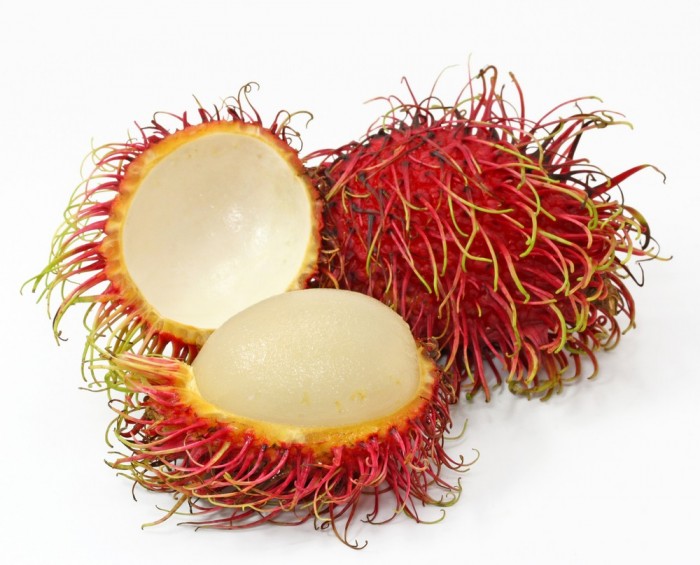 Wood Apple
The wood apple got its name from its wood-like, rock-hard shell you have to crack with a hammer. Sacred to the Hindus, its brownish color gives it a rotten appearance. Do not be fooled because it tastes like a delicious raisin and tamarind jam, which you can eat raw or frozen like ice cream. You can also blend it with other fruit juices to make a delicious beverage. 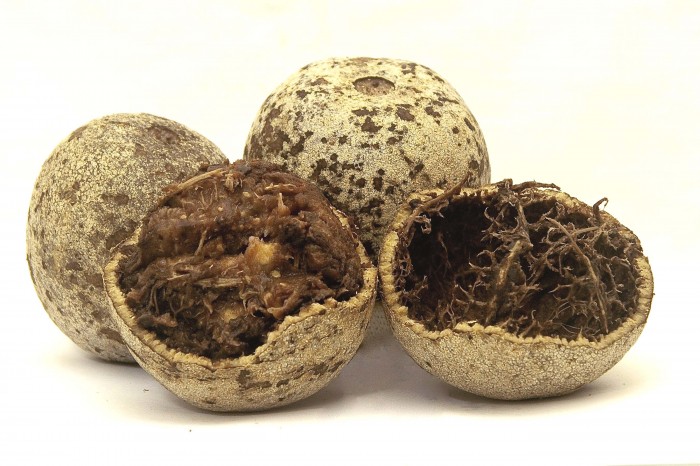 Snake Fruit
The outside of the snake fruit or Salak is as scaly as a snake and prickly like a cactus, but when you open its red, scaly skin, you find a juicy fruit that is as sweet as honey and as sour as a pineapple. This complex combination is addictive, but you have to be careful because too much of the fruit causes constipation. 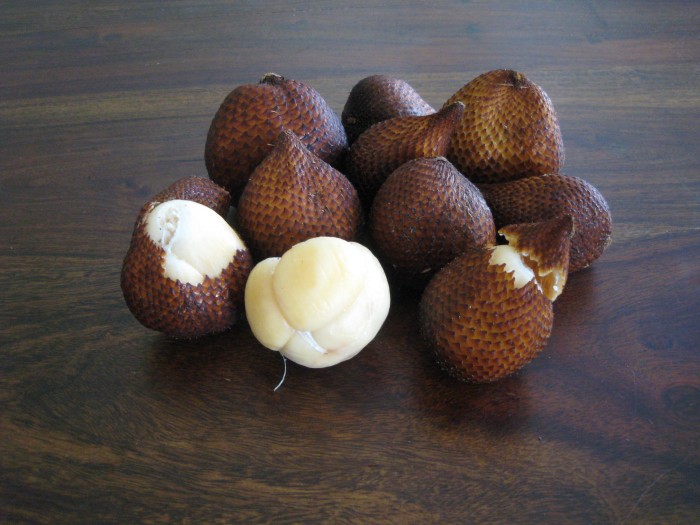