Evolution is the process by which different kinds of living organisms are believed to have developed from earlier forms. Everybody knows till here since we were made to memorize the definition in school. But there are some people who believe in some very weird things about evolution and then there are some who do not believe that evolution occurred at all. Here are top 10 myths about the Charles Darwin theory of evolution.

10. If humans came from apes, why aren’t apes evolving into humans? 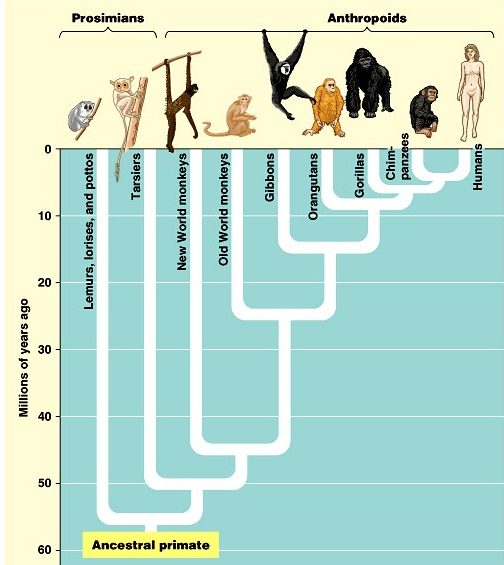 So these guys thought that they’ve found the reason why evolution is fake because of according to them, humans evolved from apes but we don’t see any apes evolving into humans on a regular basis. Okay, ignorance is bliss but that bliss won’t last long. Apes are not our forefathers but they sure are our distant hairy cousins. Nowhere does evolution say that humans have evolved from apes, however, what it does say, is that chimps, gorillas, and humans share a common ancestor. From that ‘ancestor’ the evolutionary road split, following different paths for different species like gorillas, chimpanzees, bonobos, boisel, ergaster, aforensis, neanderthals and humans. Since most of these are extinct, we are only left with a bunch of other primates.

9. There are too many gaps in the fossil records for evolution to be true. 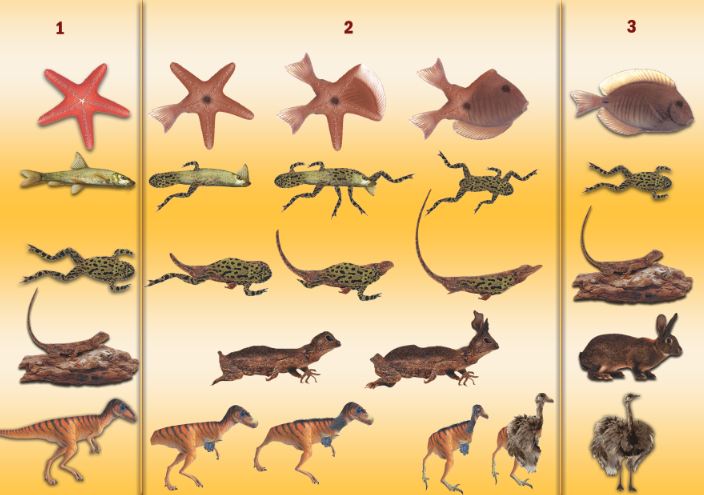 What the non-evolutionary believers say is that since there are gaps in fossils, the theory is flawed. Let’s say squirrel A gradually encountered some changes and evolved into B. The fossils we have are A and then B, the absence of fossils from the period when ‘gradual changes’ were made, is known as a gap. Here’s a little fact, the only way it is possible to obtain fossils of every species is for animals to have funerals, which, we don’t think they do. Organisms turning into fossils isn’t a simple process. First, the dead animal has to escape the jaws of scavengers. Then it has to be buried under the rare circumstances that will cause it to fossilize instead of decay. Then geological forces have to somehow bring the fossil back to the surface to be discovered millions of years later by paleontologists. Even if people want to use this as the basis of their debate against evolution, they need to know that there are many other facts that stand in support of evolution. 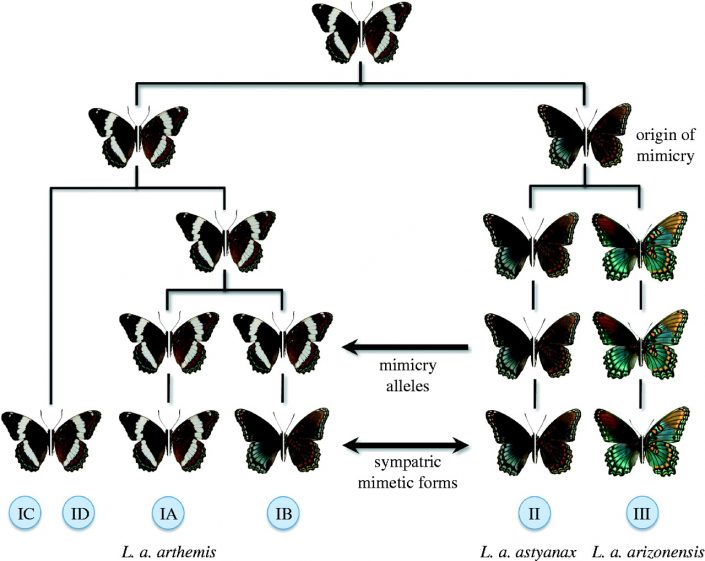 Charles Darwin did say that evolution is a gradual process. But in 1972, evolutionary scientists Stephen Jay Gould and Niles Eldredge proposed another explanation. They said that species rather than gradually evolving, are in metamorphological equilibrium. This mode of evolution is termed ‘punctuated equilibrium.’ The changes leading to a new species don’t usually occur from a slow incremental change in the mainstream population of a species, but occur in those populations living in the periphery, or in small geographically isolated populations where their gene pools vary more widely due to the slightly different environmental conditions where they dwell. When the environment changes, these ‘isolates’ begin to show variation from the mainstream species structure which gives them an adaptive advantage.

7. No one has seen evolution happen. 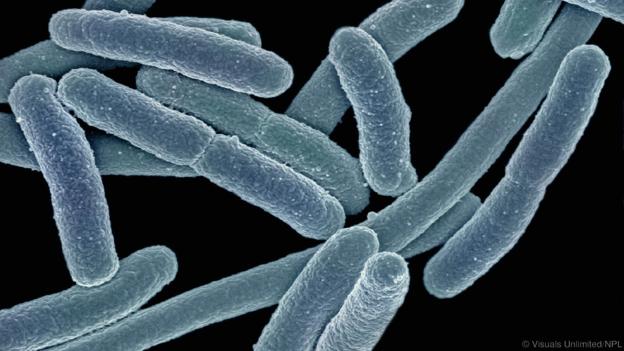 Independent sets of data from geology, paleontology, botany, zoology, biogeography, comparative anatomy and physiology, genetics, molecular biology, developmental biology, embryology, population genetics, genome sequencing, and many other sciences each point to the conclusion that life evolved. For some other observations, take the examples of bacteria. Antibiotics were fully brought into application in the 1940s. Since then, we’ve been winning over bacterias but the race is never over because we keep needing stronger and better antibiotics as time passes. Which is because the species of bacteria keeps evolving into newer forms, rendering the already existing antibiotics useless. 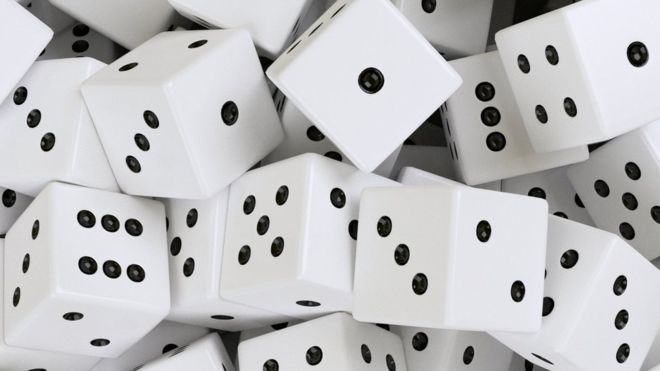 Most people believe that evolution favors the survival of the fittest. Though true, it has nothing to do with chance. We tend to notice only the species that survived, ignoring the bigger picture. What we don’t see are all the failures: the countless numbers of creatures that died in the egg or in the womb, or hatched or were born with terrible defects, or fell victim to predators or disease because of some weakness. In the wild, most organisms die long before they get a chance to reproduce. The living organisms on Earth aren’t the result of a random selection from a handful of species, but planned, intelligent selection from trillions of them. This is a crucial step in evolution and not chance. If there is any relation between evolution and chance, at all, it is mutual exclusiveness.

5. Only an intelligent designer could have made something as complex as an eye.

The simple light-sensitive spot on the skin of some ancestral creature gave it some tiny survival advantage, perhaps allowing it to evade a predator. Random changes then created a depression in the light-sensitive patch, a deepening pit that made vision a little sharper. At the same time, the pit’s opening gradually narrowed, so light entered through a small aperture, like a pinhole camera. In fact, all the eyes mentioned in the sequence have been found in species that existed. Even if an ‘intelligent designer’ created the present day human eye, it was only possible by a sequence. That sequence is nothing other than evolution.

4. Evolution is just a theory. 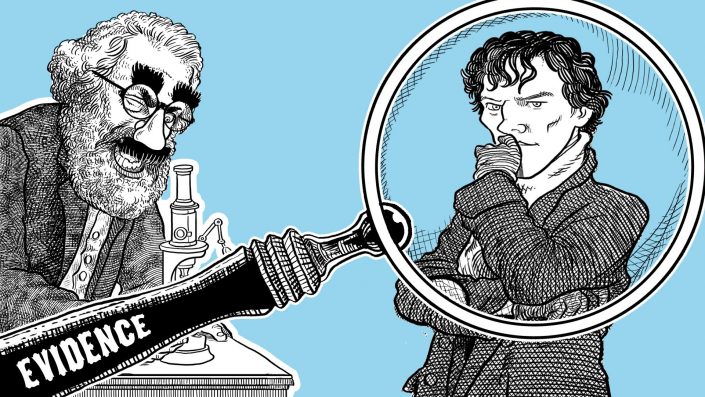 People who believe the above statement, are the most irrational of all. A theory is defined as a supposition or a system of ideas intended to explain something and a theory which has evidence is called a fact. It’s really not that hard to understand. Evidence to a theory and a theory being just a theory are two mutually exclusive things. Evolution is guided by the natural law, can be defended against the empirical world and its conclusions are tentative. Furthermore, it is testable and falsifiable but the factors which could falsify the theory haven’t been proved till date and neither has any evidence in support of these factors been found. If somebody is still in denial they are most welcome to find a mammal fossil in the same geological strata as trilobites.

3. Evidence of human evolution has turned out to be fake. 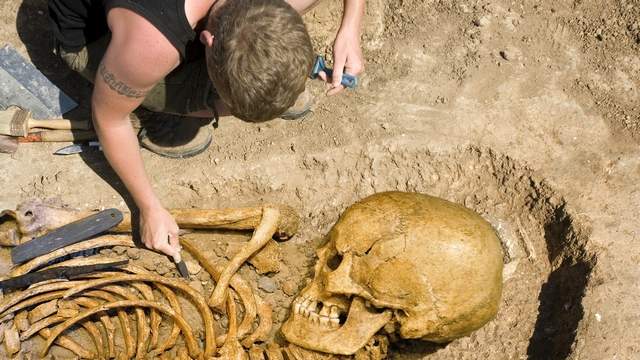 People who are really desperate to discredit evolution only pick up examples of hoaxes and start claiming that evolution is a lie. First of all, science, unlike these people, accepts its successes as well as failures. There were some honest mistakes made in determining human ancestors which was accepted and told about by the scientists themselves. For example, the Nebraska Man, Calaveras Man, and Hespero-pithecus were incorrect conclusions and were corrected. However, some people just like to pick up hoaxes like the Piltdown man and scream to the whole world that all the fossils are fake and evolution is just a myth without doing even a little background check on hundreds of other fossils.

2. The second law of thermodynamics proves that evolution is impossible. 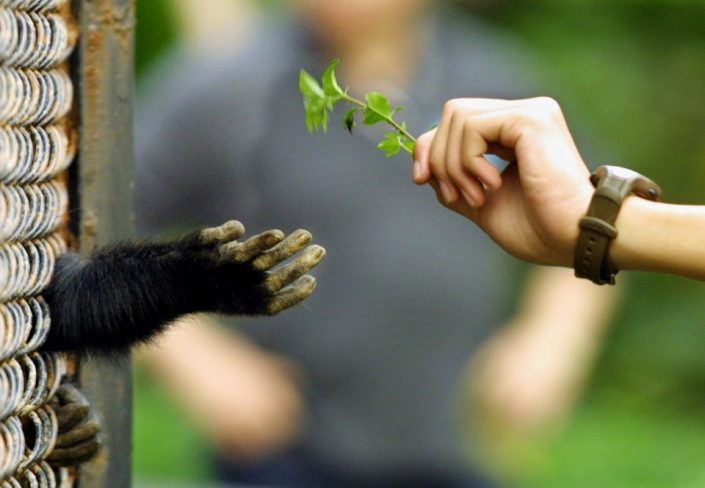 Evolution can’t account for morality? Evolution is the very reason behind morality! The motive of evolution is survival and morality is a checkpoint in the way. And without morality, we wouldn’t have survived as a species. Now just because something is ethical does not mean it has to be pitched against science for an argument. Evolution favored increased intelligence, but as humans gained that intelligence, we began to consider the consequences of our actions and were able to choose cooperative, moral living. Eventually, human societies created laws, moral codes, and religions, all of which were subject to “cultural evolution” that operates separately from biological evolution. The keyword being ‘evolution.’