We all have always had our list of our favorite celebrities, and some of them are child artists, or probably of our age,
From the times when we were young’ er?
Here’s a list of the 10 probable-beloved of many who passed away at a young age: 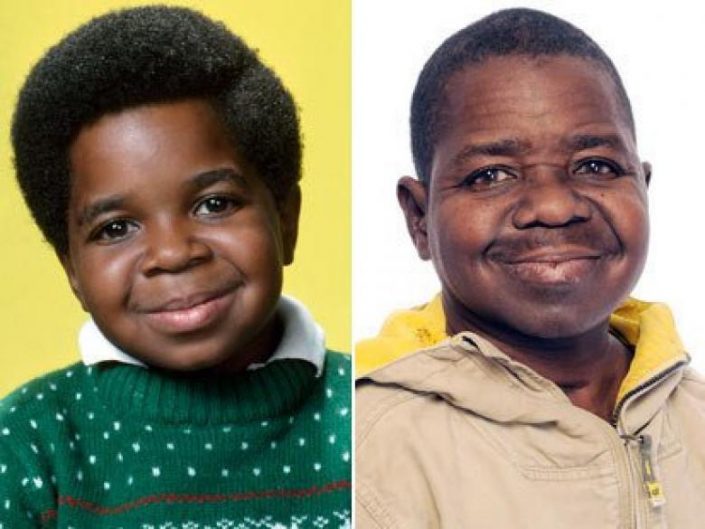 Best known as wisecracking Arnold Jackson on the hit TV Series ‘Diff’erent Strokes’.
He was a household name in the 1980s, with this famous catchphrase “What’chu Talkin’ ’bout Willis?’” being so catchy that it remained a legacy even after him leaving the show.
With chronic health problems that left him permanently stunted at 4’8″ and the parents and the agent who couldn’t exactly handle all the money properly left him miserable. Later he successfully sued his parents as he got older but didn’t properly recover from the losses.
In May 2010 the Forty-two years old actor suffered a fall in his home and died from a brain hemorrhage. 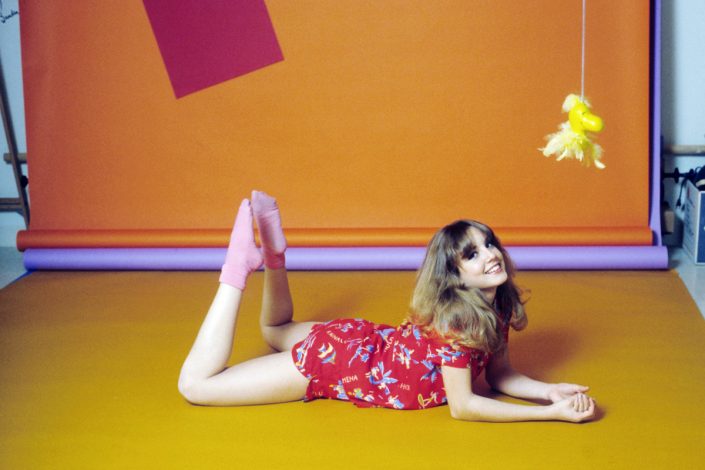 Appearing alongside Gary Coleman in the above TV series ‘Diff’rent Strokes’, Dana Plato was a familiar face in the houses of many from 1978 to 1986.
Despite acting being her career, she personally struggled with drug and alcohol addictions from the time she was Fourteen Years old.
She was removed from the series in 1984 when it was discovered that she was pregnant but later made a comeback regardless.
Her life took a downfall when her husband filed for a divorce and took custody of their son in the early 90s;
At the same time her mother passed away, and her accountant stole away most of her earnings.
In 1999 Thirty-Four years old Plato was found dead due to drug overdose, which was later ruled out as a suicide. 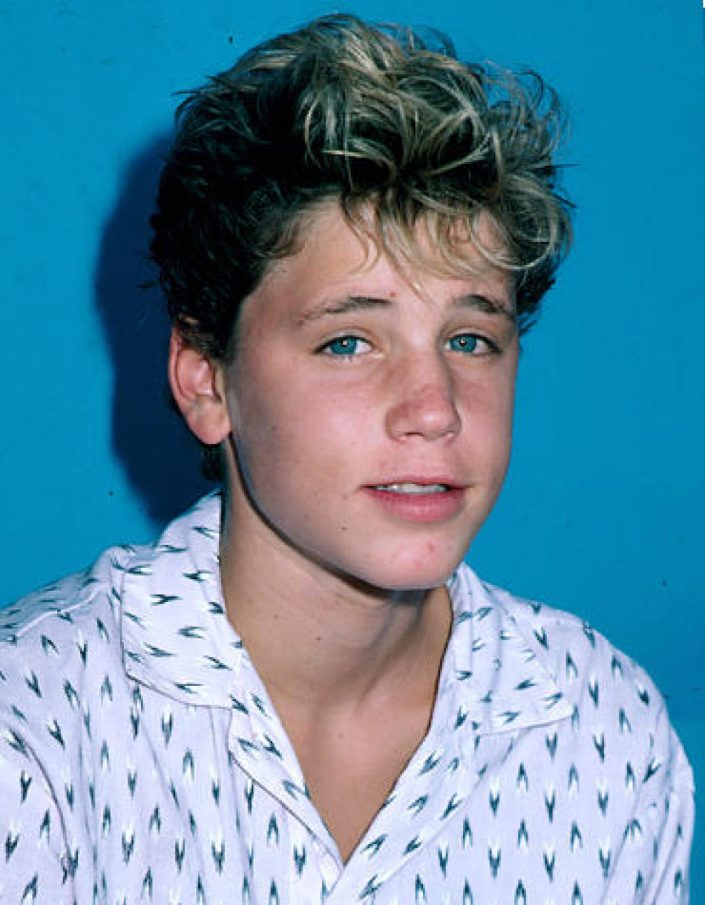 Making his first worldwide debut at the age of 10 in 1984 film Firstborn, the Canadian actor not prepared for the acting lifestyle began to rise through the ranks of Hollywood and landed some more roles.
The pressure of life in the limelight began to wear him off. However, he experimented with strong drugs from a young age and became addicted.
In March 2010 he was found unresponsive in the apartment, he shared with his mother and was proclaimed dead at the age of Thirty-Eight due to Pulmonary Congestion.
Many believed that he was sexually abused in the younger phase of life which reverted him into drugs, and thus ending his life eventually. 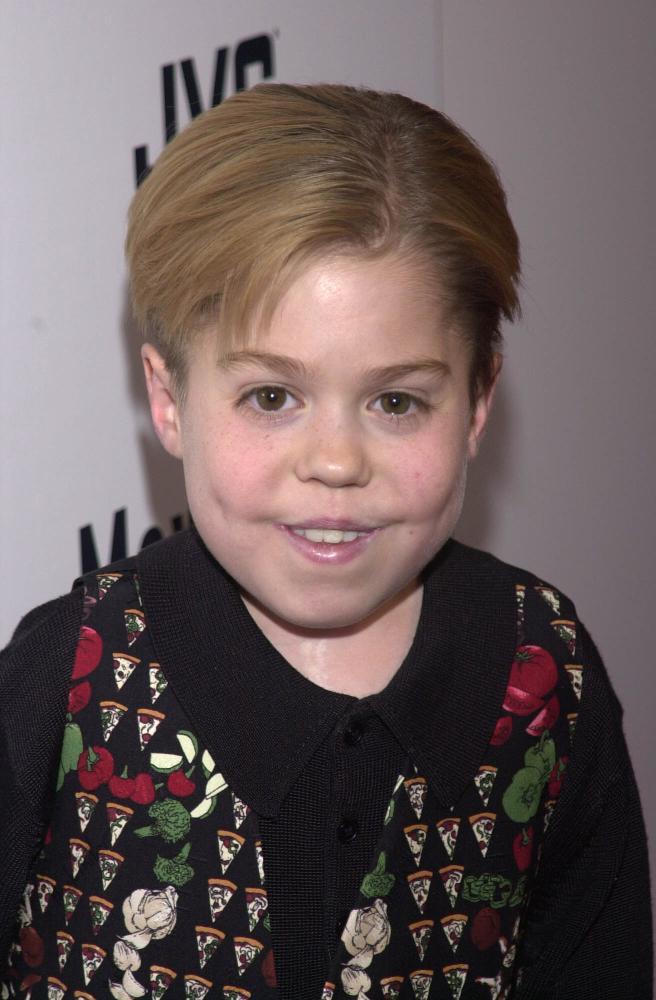 Josh Ryan was an American actor famous for his role in the soap opera ‘Passions’ at the age of 17 during the 1990s.
He played the role of Timmy, who was a doll shaped small boy. He suffered from a type of dwarfism, called Achondroplasia and hence he was only 3’2″ in height and had a boyish face for his age.
He later appeared in other famous movies like ‘How The Grinch Stole Christmas’.
At the age of twenty, he was undergoing surgery for Congenital Heart condition and passed during the procedure. 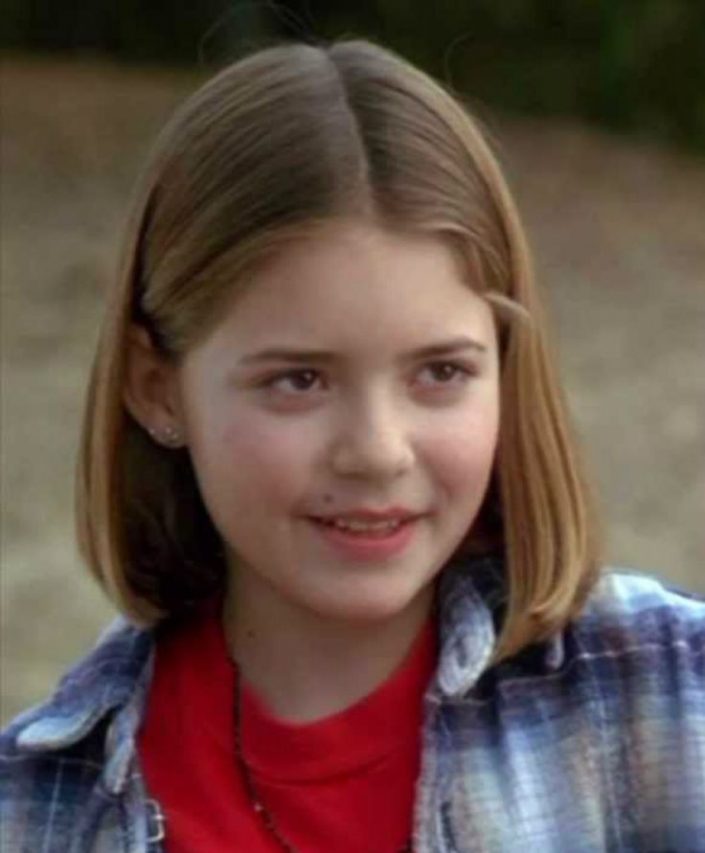 More commonly known as Madison Wright was an American actress in the 1990s. She began her acting career at the age of 9 years old and was famous for her role as Sam Wallace in the movie named ‘Shiloh’.
In 1999, she decided to leave her acting career and move back to her family; at the age of 15, she underwent a heart transplant.
The surgery was a success and she went on to obtain her teaching credentials and later married Joseph Morris in the year 2006.
Sadly, she suffered a heart attack while on her honeymoon and passed away at the age of Twenty-One. 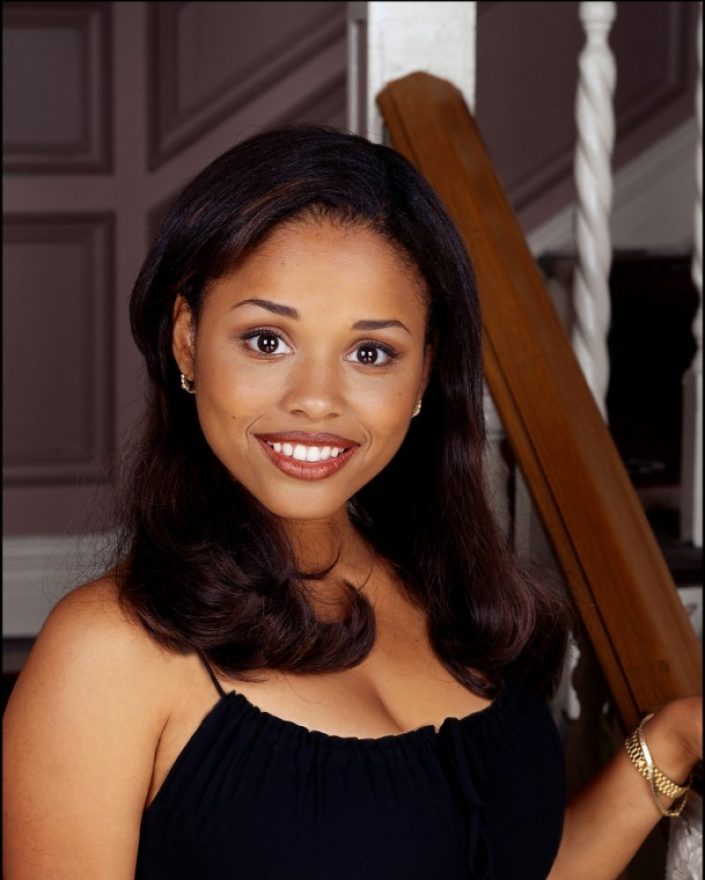 Miss Talented Teen New Jersey in the year of 1984, Michelle was popular from a young age.
Her acting career took off in 1988 when she portrayed JustinePhilips on ‘The Cosby Show’.
She later appeared in many TV series and music videos during the late 1980s and 90s.
In 1997 Michelle was diagnosed with a rare form of cancer and subsequently underwent surgery to remove a tumor; however the cancer was uncontrollable, and she died in 1998, surrounded by her friends and family. 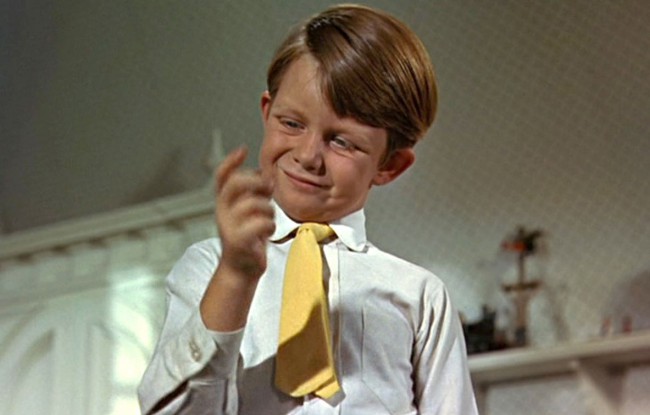 Being a child of two stage actors, Garber had a bit of hand up when it came to casting.
At the age of Seven, he made his first screen debut in Disney’s ‘The Three Lives of Thomasina’, that same year was cast in another movie.
In 1976 it was discovered that he had been infected with Hepatitis while his visit to India, that affected his pancreas before he could return back to London.
At the age of 21, he passed away due to the same infection. 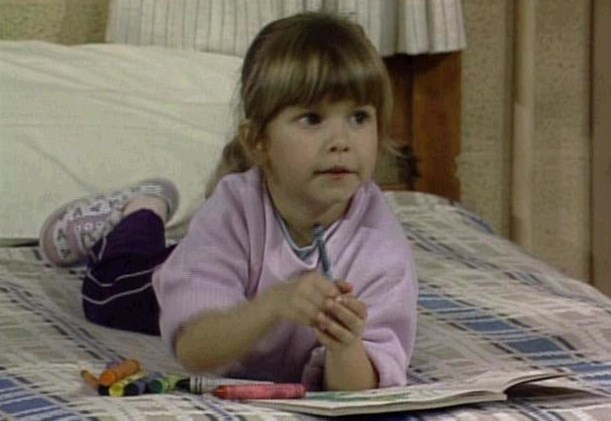 One of the well-known American actress, famous for providing voices of Ducky in ‘The Land Before Time’ and Anne-Marrie in ‘All Dogs Go to Heaven.’
She also appeared in several commercial and TV shows.
Though her mother supported her success, her father became angry and became a heavy drinker.
He would threaten to kill Judith and her mother regularly;
Judith’s mother began to consider leaving her husband but, in 1988 her father went on through with the threat and shot Judith in the head while she slept, before murdering her mother. 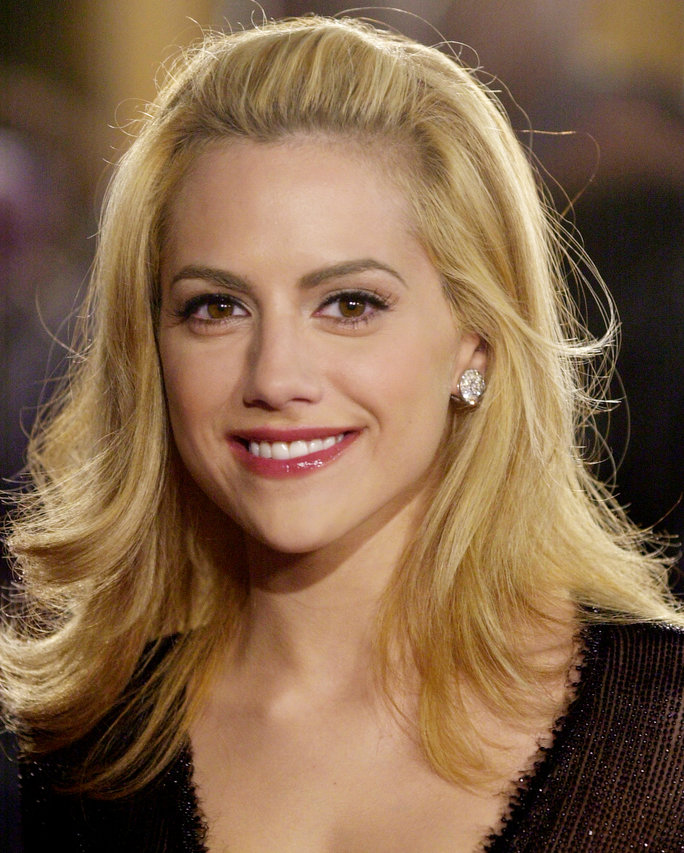 After taking acting and dancing lesson since she was 4,
her supportive mother moved to Los Angeles in 1991 from Edison, New Jersey.
Her rise came after her second movie, ‘Clueless’ in 1995;
In the early 2000s, Murphy dropped a large amount of weight and rumors of her consuming Cocaine, began to surface.
In December 2009 she was rushed to the hospital following a fall in her home at Los Angeles.
She died at the hospital, and the cause of the death was ruled as Pneumonia with secondary factors of drug overdose. 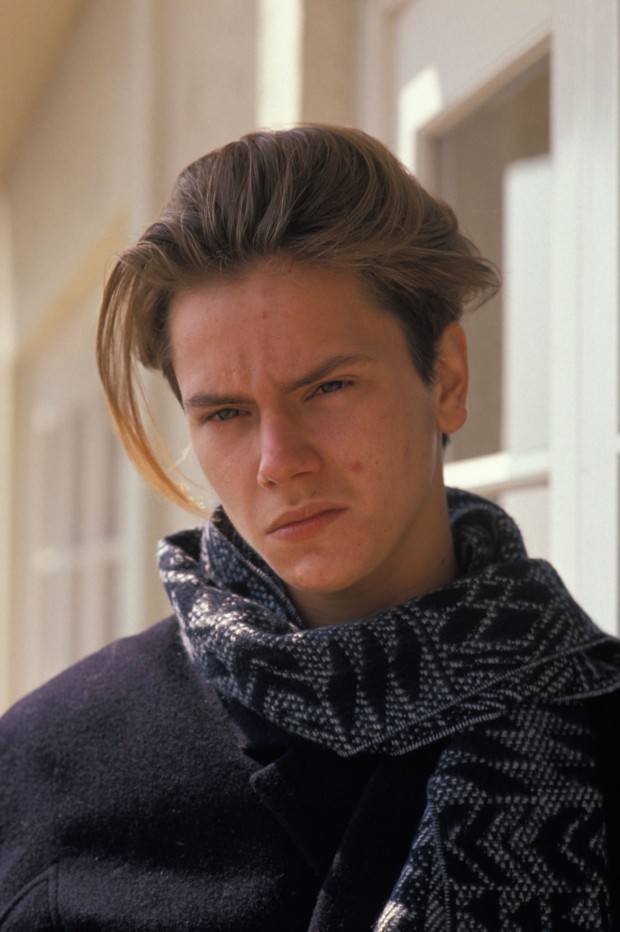 Went on to being a teen idol for young Americans by his famous role in ‘Stand By Me’.
Being a vegan himself, he supported animals right and was an environmentalist with his certain interests in music.
On October 31, 1993, he was pronounced dead of drug overdose;
He hadn’t been known to do drugs so, many were surprised, and his death was widely publicized.

May all these beautiful talents Rest in Peace.